Coyne Schofield, Stecklein each net two in the victory; U.S. to meet Japan in the quarterfinals

With the win, the U.S. finishes the preliminary round with a perfect record for the fourth consecutive IIHF Women’s World Championship and will advance to take on Japan in Thursday’s quarterfinal match-up.

“We were excited to see so many players getting involved tonight, especially our defenders, who have had a tremendous impact so far in this tournament,” said Bob Corkum (Salisbury, Mass.). “While we will enjoy this victory tonight, we know we have our work cut out for us as we head into the playoff round and we’ll be ready for the next challenge.”

Early in the first period, the Alex Carpenter (North Reading, Mass.), Amanda Kessel (Madison, Wis.) and Kelly Pannek (Plymouth, Minn.) line was rewarded for some well-executed puck movement in the offensive zone for the early 1-0 lead. The play started on the endboards when Kessel sent a backhand pass to Pannek, who passed to Carpenter for the one-timer that was redirected in on the far post by Kessel.

With 6:16 remaining in the first, Megan Keller (Farmington Hills, Mich.) protected the puck from a Russian defender on the halfwall and carried it back to the blue line where she left it for linemate Cayla Barnes (Eastvale, Calif.). Barnes carried the puck on and ripped a shot from inside the right faceoff circle that beat Russian netminder Valeria Merkusheva high blocker-side.

Just 17 seconds later, Coyne Schofield intercepted the puck in the neutral zone and charged up ice, scoring the U.S.’s third goal of the night, unassisted.

Megan Bozek (Buffalo Grove, Ill.) increased the U.S. lead to four 3:50 into middle frame on a shot from the point after Annie Pankowksi (Laguna Hills, Calif.) set her up with a pass from the halfboards.

Stecklein joined the scoring 8:18 into the period, marking her first-ever tally in IIHF tournament play. Sydney Brodt (North Oaks, Minn.) helped create the opportunity, sending a pass to Stecklein who was streaking toward the net to bang home the 5-0 score. Hayley Scamurra (Williamsville, N.Y.) also picked up an assist on the play.

After the U.S.’s fifth goal, the Russians made a goaltending change, substituting Anna Prugova into the game for Merkusheva.

With 7:19 remaining in the second, Hilary Knight (Sun Valley, Idaho) took a shot from the right face-off circle that smashed into the camera behind Prugova and deflected out of the net. After a thorough review, the goal was confirmed and the U.S. would take a 6-0 lead.

Coyne Schofield netted her second of the night with under a minute to play in the middle period after a great sequence of passes from Brianna Decker (Dousman, Wis.) to Pankowski and ultimately to Coyne Schofield, who was waiting in the slot for the score.

Six minutes into the final period, Decker found the back of the net. Kacey Bellamy (Westfield, Mass.) passed puck forward to Pankowski who carried it down low before backhanding it to Decker at the top of the crease for the finish.

Midway through the final frame, Stecklein added another goal to her resume to bring the score to 9-0, taking a shot from the point that soared past Prugova.

Then, with three minutes to play, Melissa Samoskevich (Sandy Hook, Conn.) scored the U.S.’s tenth goal of the night after circling the offensive zone with the puck and taking a shot from the left faceoff circle that found its way through traffic and into the net.

Alex Rigsby (Delafield, Wis.) made 12 stops in net for Team USA, earning her third win of the tournament thus far.

The U.S. (4-0-0-0/W-OTW-OTL-L) will meet Japan in the quarterfinals Thursday (April 11). That game, along with every U.S. tournament game, will be televised live in the United States on NHL Network. 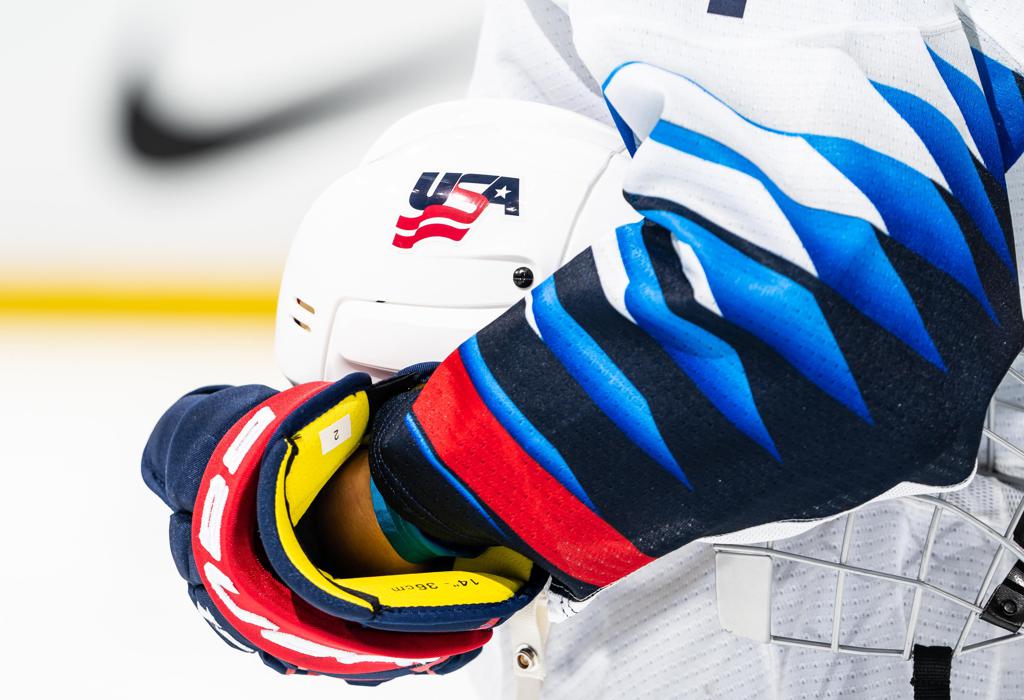 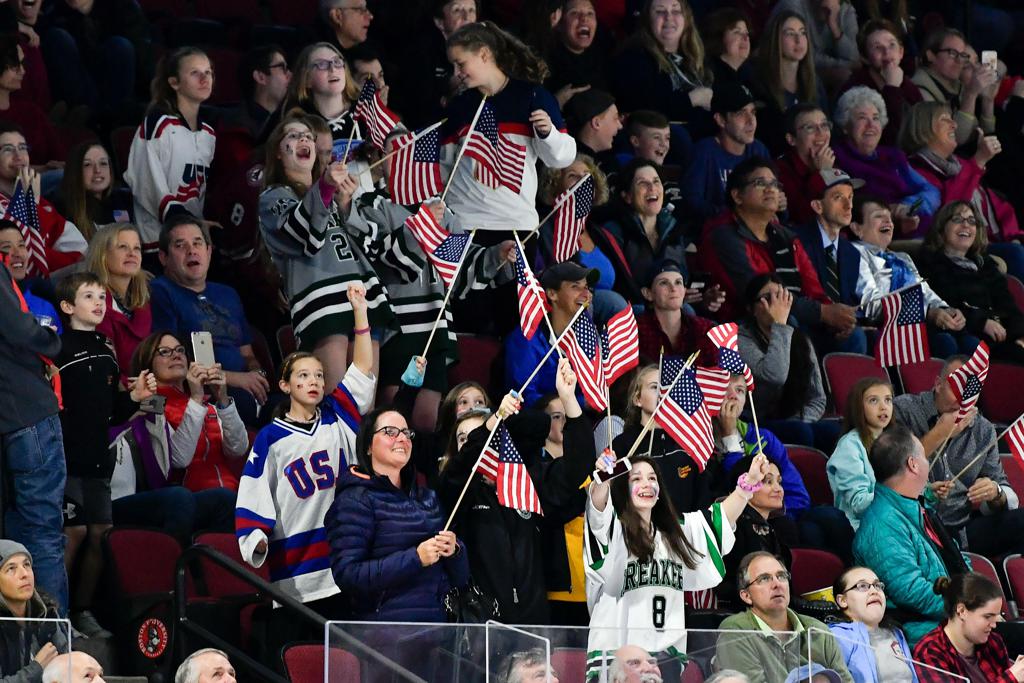