Northeastern star is one of three goalies on the roster

It has been an outstanding year for Northeastern standout sophomore Cayden Primeau, who not only represented his country in fine fashion at the World Junior Championship , but also was named the best goaltender in college hockey this season.

Now, Primeau will get the chance to don a USA sweater again as he will compete alongside and against the best players in the world.

Primeau was selected to the U.S. Men’s National Team that will take the ice at the upcoming 2019 IIHF Men’s World Championship, May 10-26 in Kosice and Bratislava, Slovakia. The star-studded U.S. roster features 12 first-round NHL draft picks.

“It’s all of the best players coming together and competing for their country, so a lot is on the line,” said 19-year-old Primeau. “The play is elevated just that much more. It’s just exciting to be able to play at that level. I’m excited for the next couple weeks.”

Primeau, a native of Voorhees, New Jersey, is particularly excited to spend time with and learn from a pair of veteran netminders in the New Jersey Devils’ Cory Schneider and the Vancouver Canucks’ Thatcher Demko.

“Being able to learn from Thatcher and Cory is something special,” Primeau said. “I want to use that as motivation going into the summer, getting ready for next year. They’re at the level I want to get to, so I just want to figure out how they prepare, take all of that in and do the little things that make them get to that level.”

Primeau was awarded the Mike Richter Award as the best goaltender in college hockey. He’s Northeastern’s first-ever Richter Award winner. It was a special honor for Primeau, whose father Keith played against Richter and uncle Wayne played alongside the former New York Rangers’ standout goaltender. 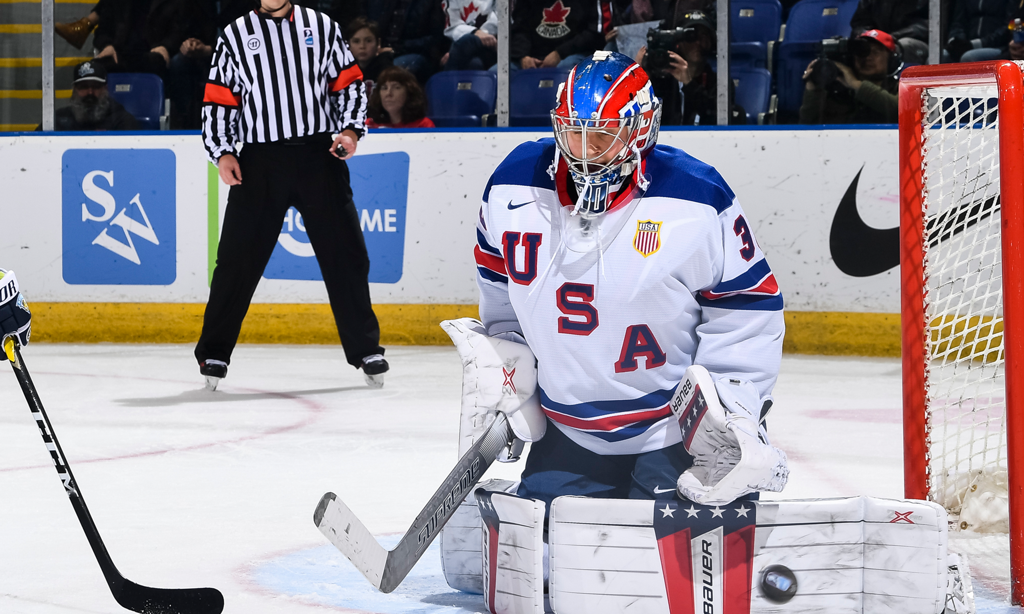 “I’m fortunate because not everyone has an opportunity to be around hockey in that sense,” Primeau said. “I’ve grown up knowing great hockey players, so it wasn’t anything out of the ordinary, but it was great to meet [Richter] and a really huge and humbling honor.”

Primeau enjoyed one of the best seasons in Northeastern history. He put up a .933 save percentage, fifth in the nation and the best single-season mark in school history. Primeau’s 2.09 goals-against average ranks second all-time at Northeastern, only behind his 1.92 mark from last season. His 25 wins were the third-highest in the NCAA and tied for the most in a season in school history.

Primeau also led his team to both the Beanpot and Hockey East Championship.

“He gave his team a chance to win just about every night,” said John Vanbiesbrouck, a member of the U.S. Hockey Hall of Fame, and the current assistant executive director of hockey operations for USA Hockey. “At the end of the day, consistency is what the position is all about. When your teammates know they have a chance they can take some risks because they know they have a guy who’s going to be there for them in goal.”

Primeau is also preparing to start his professional career. Following his season at Northeastern, Primeau, a 2017 seventh-round pick by the Montreal Canadiens, signed an entry-level contract with the Habs and will report to the team’s American Hockey League affiliate in Laval, Quebec.

Until then, Primeau plans to learn during his time with the U.S. Men’s National Team and the best hockey players in the world.

“It’s crazy and something special,” Primeau said. “I’m just excited to be able to represent the U.S. again. It’s not every day that you get to be around this kind of level, so I’m just going to try to soak it in as much as I can. Every time you represent the U.S. it’s an honor. It never gets old.”