Brianna Decker, a standout forward with the U.S. Women’s National Team for the past decade, is focused on growing the girls game throughout the entire country for years to come.

Decker, who helped lead the U.S. to an Olympic gold medal in 2018, teamed up with The USA Hockey Foundation to create the Brianna Decker Endowment for Girls Hockey. 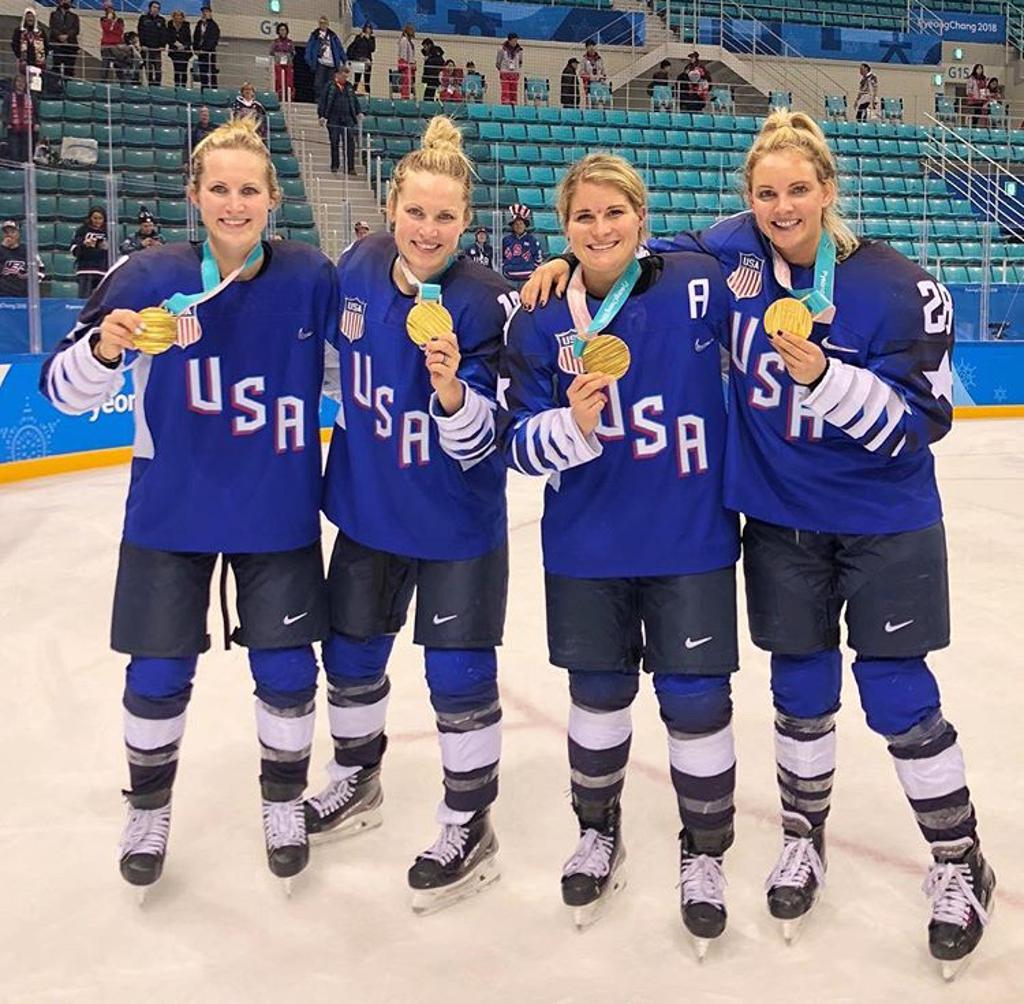 The fund provides grants to 8U and 10U female hockey programs within the Wisconsin Amateur Hockey Association — in Decker’s home state — in its first year with the intent to grow nationwide. The goal is to develop programs focused on increasing female youth participation in hockey by alleviating costs surrounding ice time, equipment, advertising and marketing and overall development.

The first grant from the Brianna Decker Endowment Fund will be awarded to the Waukesha County Youth Hockey Association, where Decker skated as a youth player. Decker, a native of Dousman, Wisconsin, played with both boys and girls from 2001-05 and won a 14U state championship with the Madison Capitols in 2005.

“I think just growing the game is so huge,” said Decker. We have the opportunity to have an impact and grow the game for younger generations and create something better than what we had when we were younger. I think that is a huge goal and this is a kick-start for me to be able to have that impact.”

Decker created the endowment through The USA Hockey Foundation using funds donated by the NHL in her name following the 2019 NHL All-Star Skills Competition where she electrified the capacity crowd at SAP Arena in San Jose, Calif., in demonstrating the Premier Passing drill.

“The NHL gave us a great opportunity and a great platform to get women’s hockey out there, and I’m glad we performed like we did because it helps with the exposure of our sport,” Decker said. “I couldn’t be more thankful to the NHL for giving us the opportunity, and to have that amount of money to give back to USA Hockey. USA Hockey has done so much for me and my career and my family, so to be able to give back to the youth organizations around Wisconsin and start my own endowment means a lot.”

Decker grew up idolizing role models like Cammi Granato, captain of the U.S. women’s hockey team that won a gold medal in the 1998 Winter Olympics, in addition to Angela Ruggiero, who was also part of that ’98 team that claimed the top spot in Nagano, Japan.

“Being able to meet them when we were younger was huge for us and it was a great opportunity to have that immediate role model,” Decker said. “That’s what we’re trying to do every single day around our training schedule and tournaments. We want to be able to meet girls, so that they have that actual role model in sight. I think to be able to meet us goes a long way.”

Decker is also having an impact on the current generation.

Decker will be an assistant coach for the U.S. Under-18 Women’s National Team for the second straight year. She made her debut behind the bench at the 2018 Under-18 Series against Canada and helped the U.S. to a silver medal at the IIHF U18 Women’s World Championship earlier this year.

“I love being able to work with that age group,” Decker said. “They’re so driven and they’re going to be the girls who are going to fill our shoes someday. Having the opportunity to coach them and work with them … I’m definitely thankful for it.”

But Decker’s playing career is far from finished.

The 28-year-old is a two-time Olympic medalist and a six-time Women’s World Championship gold medalist with Team USA, which captured a fifth straight world title in April.

“Right now, I’m just looking forward to this year,” Decker said. “I’m trying not to look too far ahead. As far as coaching, I definitely see a future in that as well, whether I’m still working with the Under-18 team or higher up in USA Hockey at some point further down the road. I would love it.”