Both teams return to action tomorrow live on HockeyTV

In the first day of game-action here at the 2019 World Junior Summer Showcase, USA Blue topped Sweden, 4-2, and USA White fell to Finland, 3-2, at USA Hockey Arena in Plymouth, Michigan.

"I'd say today was a productive day for us, no question," said Scott Sandelin, head coach of the 2020 U.S. National Junior Team. "The end result, a win or loss, isn't the sole focus right now. There's a lot going on here, from trying different positions to getting to know a new coaching staff and system. So, today was productive because we learned more about these players and this staff and as a result, we're better today. Tomorrow, we'll look to build off that."

Both teams return to action tomorrow. USA Blue will take the ice first when it faces Finland at 1 p.m. ET. Following that tilt, USA White will meet Sweden at 4 p.m. ET. Both games will be streamed live by HockeyTV and tickets are on sale now.

McLaughlin started the scoring 6:49 into the frame. The play started behind Sweden’s goal where Owen Lindmark (Naperville, Ill.) dropped the puck back to Luke Loheit (City, State), who sent a sharp-angled shot from the right corner on net. Jesper Eliasson made the initial save but the puck trickled out at the left post where McLaughlin was able to tap it into the empty net.

Four minutes later, Beecher doubled USA Blue’s lead when Jon Gruden (Rochester Hills, Mich.) found him with a stretch pass for a breakaway chance he tucked under Eliasson’s right arm. With 5:51 to play in the frame, Turcotte claimed USA Blue’s third goal of the frame when he caught an initial shot by Joel Farabee (Cicero, N.Y.) and tucked the puck into an open net.

With an empty-net goal, Cole Caufield (Stevens Point, Wis.) extended the U.S. lead to 4-2 off a pass from Turcotte for his second point of the game.

Saville finished with 19 saves on 21 shots to preserve the win. 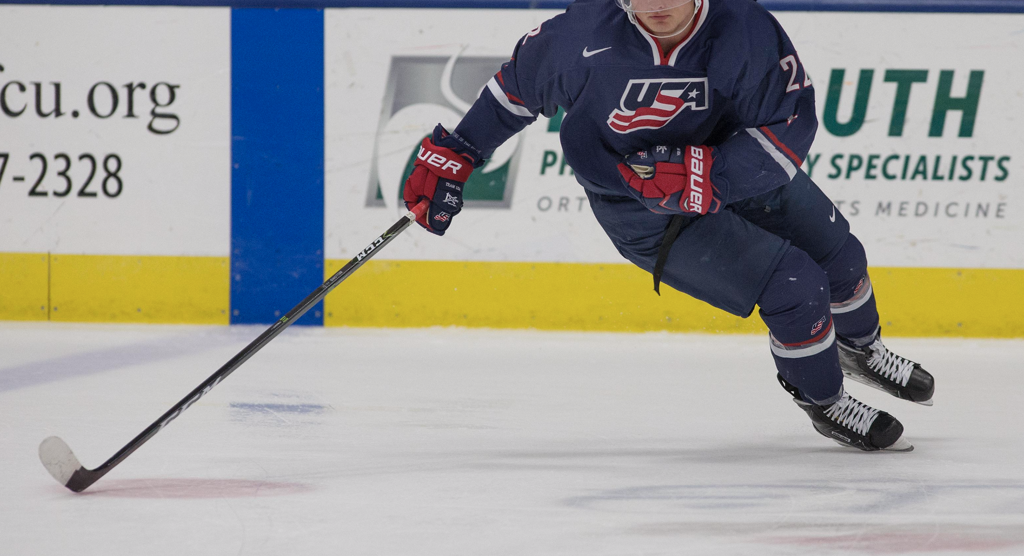 USA White opened the game with a scoring chance on the opening faceoff when Wahlstrom and Jack Drury (Winnetka, Ill.) nearly converted, but their chance was denied by Finnish goaltender Justus Annunen. U.S. goaltender Drew DeRidder (Fenton, Mich.) also stood tall early, denying a 2-on-1 opportunity for Finland with a blocker save.

USA White took a 1-0 lead with 3:25 to play in the frame when Robertson put home a feed from Trevor Zegras (Bedford, N.Y.). John Farinacci (Chatham, N.J.). started the play by carrying the puck the length of the ice along the right wall. After entering Finland's zone and receiving pressure from a defenseman, Farinacci moved the puck towards center ice where Zegras turned and found Robertson at the left faceoff dot for a quick-wristed effort that beat Annunen.

Finland evened the score two minutes later when Eemil Erholtz collected the puck at the right wall in the U.S. zone, curled across the crease and tucked a shot under the right arm of DeRidder.

Despite possessing a 16-6 shot advantage through the first 20 minutes of play, the U.S. entered intermission with the score knotted, 1-1.

The middle stanza opened with Oliver Wahlstrom (Quincy, Mass.) reclaiming a one-goal U.S. lead less than a minute into play. With the U.S. holding possession in Finland's zone, a series of chances were turned aside before a pass from Zac Jones (City, State) found Wahlstrom at the far post for a tap-in goal.

At the 7:25 mark of the period, Sampo Ranta evened the score, 2-2, when a close-range shot snuck past DeRidder. Five minutes later, Erholtz connected with his second goal of the game to give Finland a 3-2 lead it was able to carry into the second intermission.

The final frame saw USA White possess control of play in search of the game-tying goal. With a man-advantage eight minutes into the period, the duo of Wahlstrom and Curtis Hall (Chagrin Falls, Ohio) each generated a pair of chances before Matthew Boldy (Millis, Mass.) lifted a close-range effort off the crossbar. Following Boldy's attempt, Finland generated an odd-man rush that also ended with a chance bouncing off the post before DeRidder denied the rebound.

The U.S. pulled their goalie with a man advantage with less than a minute to go but was unable to capitalize as Finland held on to win. 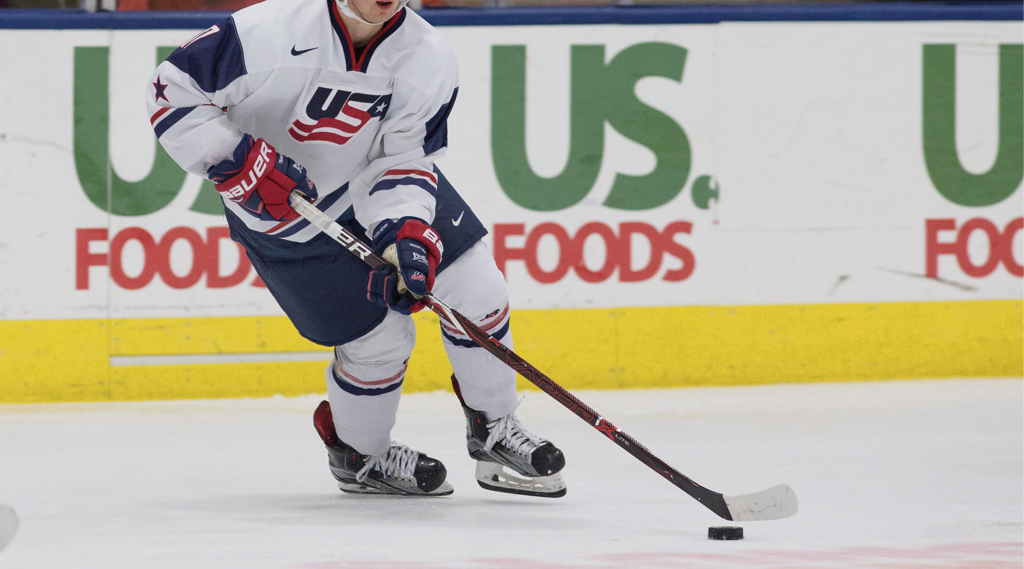 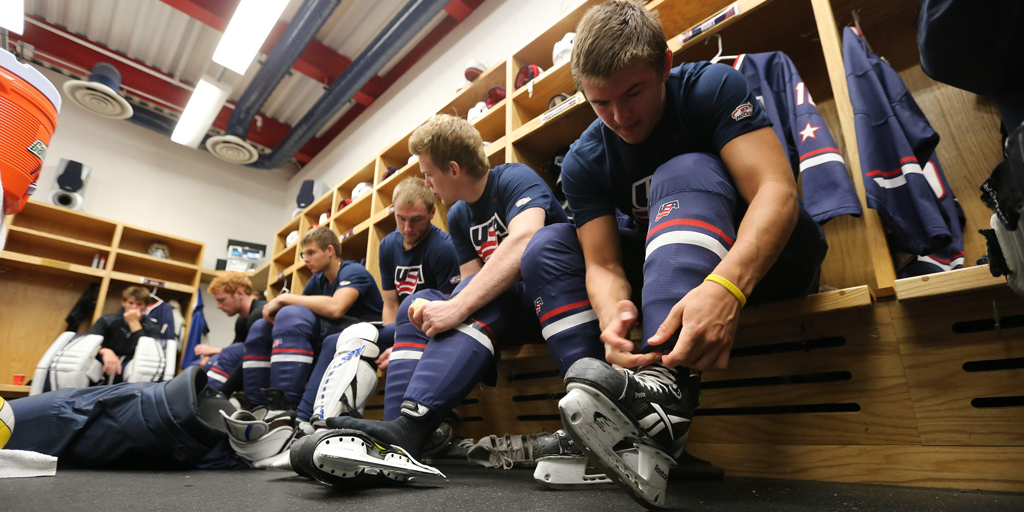