U.S. Women Close Out Preliminary Round with 4-2 Loss to Canada

BEIJING — Despite outshooting Canada 53-27, the U.S. Olympic Women’s Ice Hockey Team dropped a 4-2 decision in its final preliminary round game of the 2022 Winter Olympic Games today at the Wukesong Sports Center.

“I think we had a good start. We generated a bunch of offense, but that offense didn't create enough high quality scoring chances,'” said Joel Johnson, head coach of the 2022 U.S. Olympic Women’s Hockey Team. “Shots on net don't win hockey games. Goals do. So we have to find a way to use our offensive zone time to generate higher quality scoring chances and get the puck around them. They did a great job blocking shots. Canada has great goaltending and we're on the short end of it. That's the biggest takeaway.”

In the battle of the undefeated, Team USA started off strong with back-to-back shots on goal from Abby Roque (Sault Ste. Marie, Mich.) and Kelly Pannek (Plymouth, Minn.) in the first two minutes of the game.

With five minutes elapsed in the first, Grace Zumwinkle (Excelsior, Minn.) curled in front of the net for a promising scoring opportunity for the U.S., but the puck was poke-checked away by Canadian goaltender Ann-Renee Desbiens.

At the halfway mark, Abbey Murphy (Evergreen Park, Ill.) intercepted the puck just inside the offensive zone and skated in on a mini breakaway but her shot deflected off the post and out to keep the game scoreless with 10 minutes to go in the first.

Canada opened the scoring with 5:50 to go in the first when Brianne Jenner capitalized on the power play. The U.S. looked to even the score after receiving a power play opportunity 2:14 after Canada’s goal, but Team USA was held scoreless. 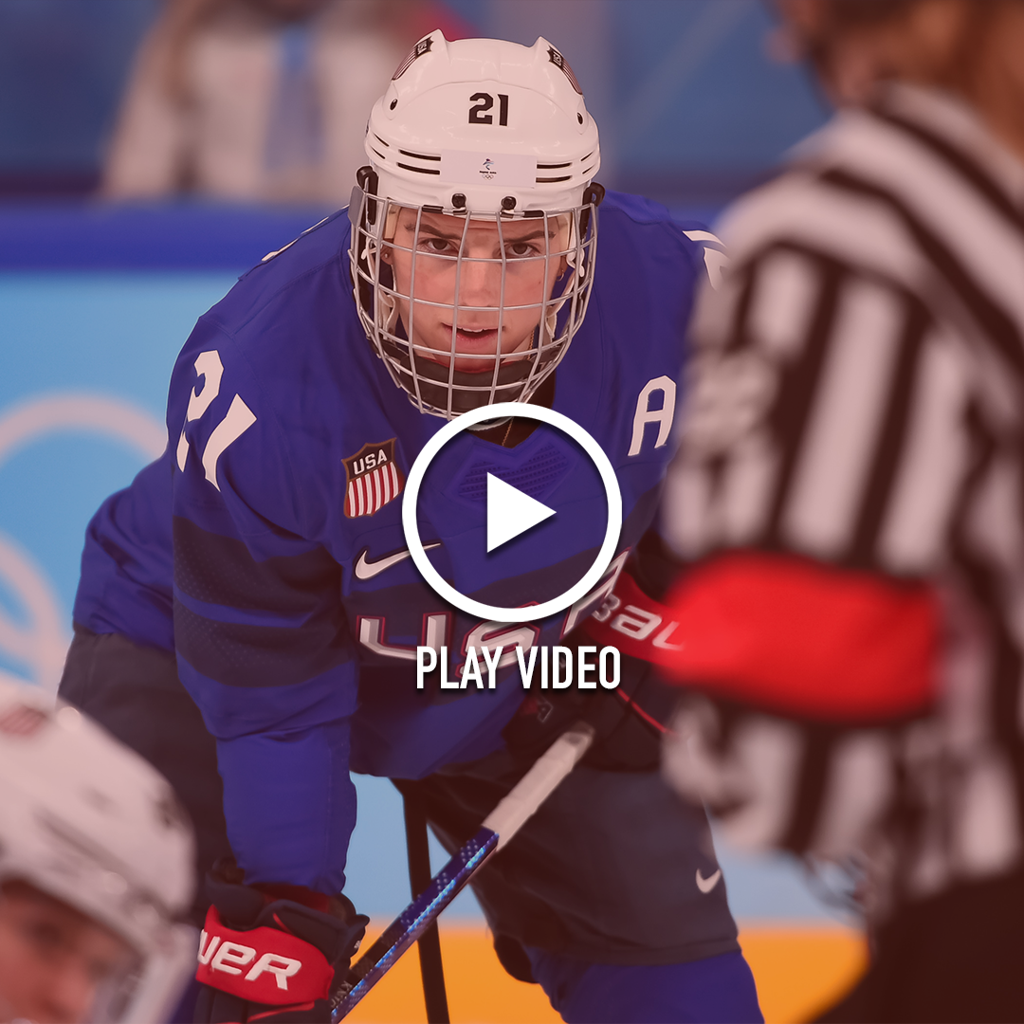 As the seconds ticked down in the first, Maddie Rooney (Andover, Minn.) made back-to-back saves to close out the period.

The U.S. outshot Canada 16-5 in the first period, but Canada maintained a 1-0 advantage heading into the second stanza.

Rooney started off the second period in a similar fashion with back-to-back saves right off the bat. After approximately 10 minutes had passed in the second, the scoring frenzy began.

Team USA scored two goals in 2:17 seconds to take a 2-1 lead. Dani Cameranesi (Plymouth, Minn.) struck first for the U.S. to tie the game 1-1 with 10:43 to play in the second. Pannek flicked the puck out into the slot from behind the net to Cameranesi who landed a shot on goal and cleaned up her own rebound for the equalizer. Cayla Barnes (Eastvale, Calif.) also registered an assist on the play.

Alex Carpenter (North Reading, Mass.) gave the U.S. the lead on an offensive rush on the power play when she backhanded the puck up over Desbiens off a pass from Amanda Kessel (Madison, Wis.). Megan Keller (Farmington Hills, Mich.) took credit for the secondary assist on Carpenter’s goal.

Canada answered 26 seconds later with another goal from Jenner to level the score 2-2. Just over two minutes later, Jamie Lee Rattray added another tally for Team Canada after she snuck one past Rooney’s outstretched leg pad to reclaim the lead, 3-2.

With 2:35 on the clock in the second, Canada’s Marie-Philip Poulin was granted a penalty shot after being grazed on a short-handed breakaway. Poulin’s penalty shot resulted in a goal, giving Canada a 4-2 lead going into the third period.

The U.S. turned up the pressure halfway through the third period to try and close the gap, crashing the net on multiple opportunities right in front of Canada’s goal.

Team USA went up on the power play with 2:37 to play in the game. Rooney made her way to the bench to give the U.S. a 6-on-4 advantage, but the score remained 4-2 in the end.