BEIJING — The U.S. Olympic Women’s Ice Hockey team defeated the Czech Republic 4-1 to advance to the semifinals of the 2022 Winter Olympic Games today at the Wukesong Sports Center.

“I think there was a lot of relief, but more so than relief I felt like it was a reward for the effort we were putting in the entire game and the adjustments we continued to make in our pursuit of scoring goals,'” said Joel Johnson, head coach of the 2022 U.S. Olympic Women’s Hockey Team. “It never felt safe until maybe the empty-net goal. I don't know if it was relief as much as it was us trusting our process. We kept going. We had to believe that it was eventually going to go in and it did.”

Abbey Murphy (Evergreen Park, Ill.) landed a shot on goal early in the first period after she picked the puck up by the boards and skated it into the slot for a shot that was kicked into the corner by Czech goaltender Klara Peslarova.

The U.S. outshot the Czech Republic 10-0 in the first 10 minutes of the game, but the score remained 0-0 at the halfway mark of the opening frame.

With 5:49 on the clock in the first, Kendall Coyne Schofield (Palos Heights, Ill.) skated the length of the ice to put another puck on net for Team USA, but it was scooped up by Peslarova to keep the game scoreless. 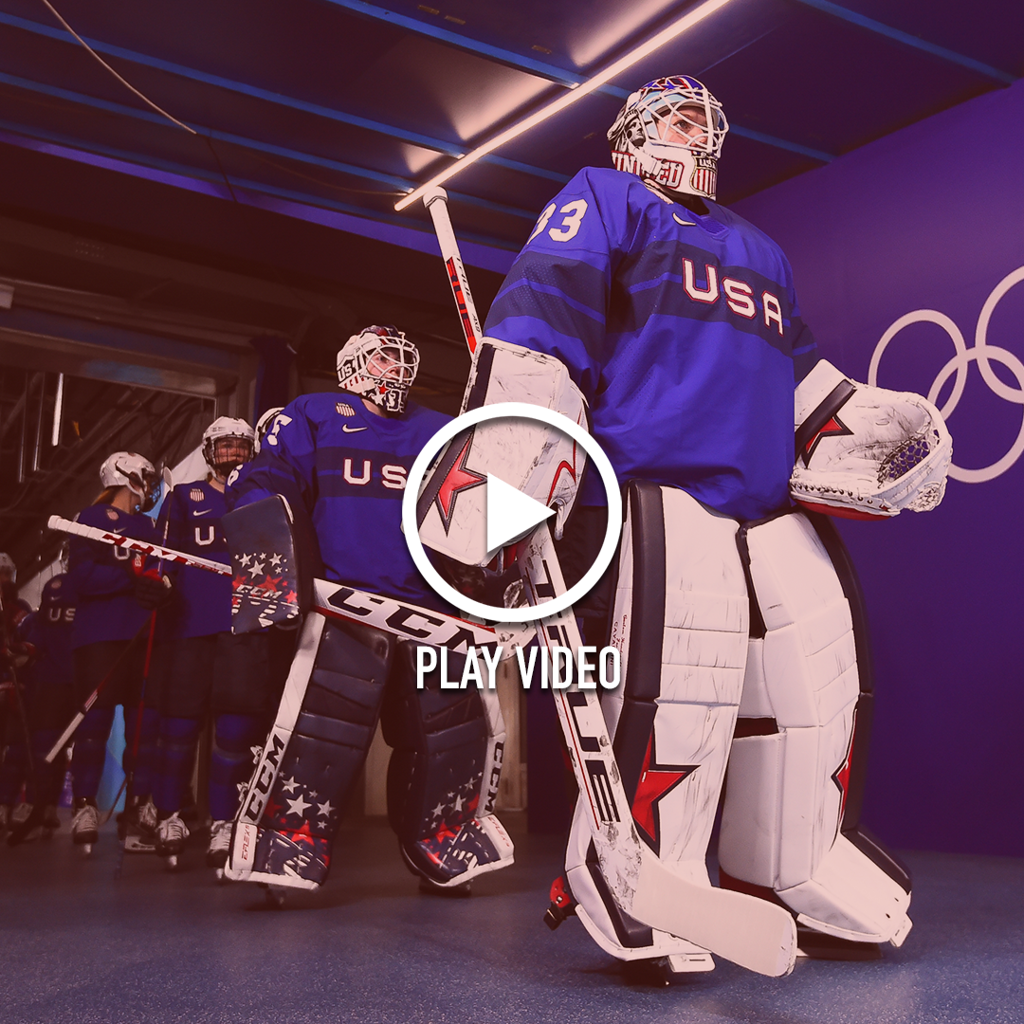 Team USA went up on its second power play opportunity of the game with 1:42 to go in the first, but could not capitalize on the advantage and the score remained 0-0 going into the second period. The U.S. outshot the Czech 18-0 overall in the first, which marks the first time that Team USA has held an opponent to zero shots in U.S. Olympic history.

The Czech Republic opened the scoring five minutes into the second period. With four Czech players in front of the Team USA goal, Alex Cavallini (Delafield, Wis.) made the initial save for the U.S., but Michaela Pejzlova cleaned up the rebound to give the Czech Republic a 1-0 lead in the second.

The U.S. answered 48 seconds later to level the score 1-1. Following an initial shot from Coyne Schofield, Hilary Knight (Sun Valley, Idaho) crashed the net to knock in the rebound for the equalizer.

As Team USA killed off a major penalty, Alex Carpenter (North Reading, Mass.) ignited the offense with a short-handed breakaway chance with just over two minutes to go in the second period. Carpenter scooped up the puck at the far blue line and raced it into the Czech zone, but her attempt was foiled by Peslarova.

Coyne Schofield saw another chance as the end of the second period neared, but she was brought down by a Czech defender, which led to power play for the U.S. with 1:14 to go.

Team USA came out buzzing to start the third with a flurry of shots and bouncing rebounds right in front, but score remained knotted 1-1. With five minutes erased off the clock in the third, Knight spun around with the puck in the slot and rang a shot off the post.

Lee Stecklein (Roseville, Minn.) gave the U.S. a 2-1 lead with 13:11 to play in the third. Stecklein capitalized on a shot from the point that deflected of the stick of a Czech defender and squeaked between Peslarova’s pads. Kelly Pannek (Plymouth, Minn.) and Megan Keller (Farmington Hills, Mich.) took credit for the assists on Stecklein’s goal.

On a late power-play opportunity in the third, Savannah Harmon (Downers Grover, Ill.) extended Team USA’s lead to 3-1 when she knocked in a rebound with three minutes left to play in the third. Hannah Brandt (Vadnais Heights, Minn.) registered her second assist of the day after picking up an assist on Harmon’s goal. Knight took credit for the secondary.

As the seconds ticked down, Coyne Schofield added an empty-net goal to secure the final, 4-1. The U.S. outshot the Czech Republic 59-6 overall.