“I thought we were really relentless the whole game,” said David Hoff (Bottineau, N.D.), head coach of the 2022 U.S. Paralympic Sled Hockey Team. “We kept things really consistent and we made them play at the tempo that we wanted to play and I think we wore them out. Most importantly, I think everyone, staff included, were just excited to play a game again and I think that excitement showed on the ice.”

Although the team hasn’t competed in five days, it didn’t skip a beat as it had multiple opportunities in the opening minutes. The U.S. was held scoreless through the first five minutes, but Roybal opened up the scoring gates. On 4-on-4 play, Farmer picked up his own rebound and waited in front of the crease and got another one through. At the same time, Roybal crashed towards the net and found himself inside the blue paint and tipped it before it crossed the goal line 5:23 into play.

Still skating 4-on-4, 0:32 seconds later, was Farmer and Roybal to put Team USA up by a pair. Farmer connected with his teammate as Roybal waited for Team China’s netminder Yanzhao Ji to commit to a shot before he buried his second. With his assist, Farmer became the U.S. all-time Paralympic assist leader with 17.

With 6:15 left in the period, Kyle Zych (South Hadley, Mass.) forced an offensive zone turnover as the puck made its way to the tape of Farmer. He moved it along to Josh Misiewicz (La Grange, Ill.) on the doorstep and had his first shot saved, but kept at it and capitalized on his second attempt to make it 3-0. With under a minute left to play, Team USA skated with an advantage after it forced a penalty. Farmer, once again, found Roybal with a cross-ice feed who wound up for the one-timer to complete the hat trick in the first and put the U.S. up, 4-0, after one.

Team China shook things up in net as Wei Wang came in for relief for Ji at the start of the second. Nearly three minutes after the period began, Misiewicz potted his second of the game with help from Josh Pauls (Green Brook, N.J.). Pauls skated down the wing and sent his shot towards the net while falling down to the ice as Misiewicz was in front to redirect the puck.

After he assisted on the four goals in the first, Farmer netted his first of the game on the power play 1:58 after Misiewiczs’ goal. Roybal dropped the puck off for Misiewicz and stick handled in front of the net. He found Farmer who had an open net to put the U.S. up six. Nearly three minutes passed before Team USA made it 7-0, once again on the power play, off the stick of Malik Jones (Aurora, Colo.) who tracked a rebound from Jack Wallace (Franklin Lakes, N.J.) for his fourth goal of the tournament. Farmer added another goal 0:42 later from the goal line with help from Zych. 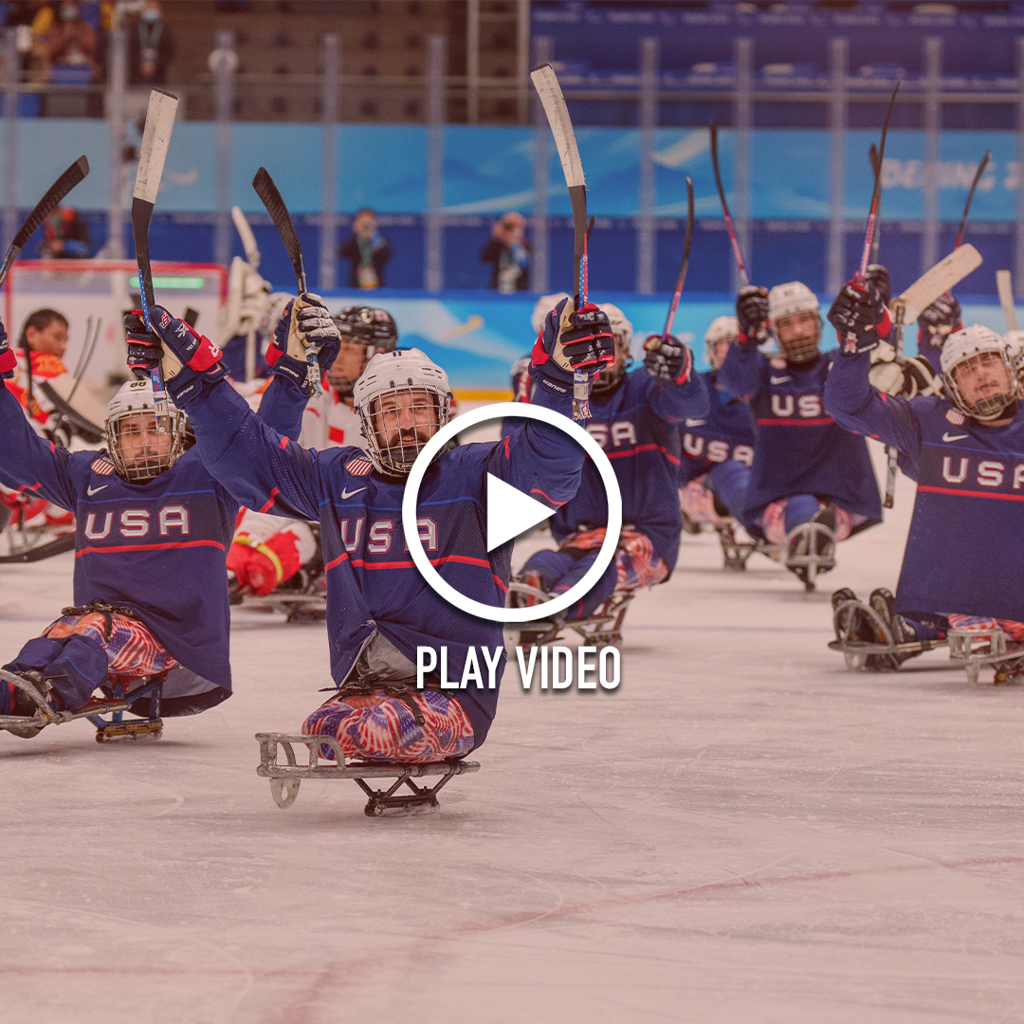 On the power play again, Joseph Woodke (Nashville, Tenn.) went on to score his first Paralympic goal with 2:20 left to go after Zych found him with an open net to work on to go up 9-0 after 30.

Roybal tallied his fourth of the game 1:57 into the third from another one-timer, off a feed from Wallace from the opposite faceoff dot. Pauls went along and scored his second of the tournament 3:02 in after he cleaned up his initial shot which got passed Wang but was waiting on the goal line. The U.S. controlled the puck for the remainder of the period and went on to win, 11-0.

Team USA advances to its fourth-straight gold-medal game and will face Canada Sunday at 12:05 p.m. local time in the 2022 Paralympic Winter Games in Beijing, China.