Tampa Bay Lightning head coach Jon Cooper got a later start to his coaching career than most, but it didn’t take him long to make up time.

Cooper has enjoyed an extremely successful, almost meteoric rise through the coaching ranks and credits USA Hockey as playing a significant role in his development behind the bench.

“As a young coach, when you’re trying to go up the ranks, USA Hockey gave me that platform,” Cooper said. “Basically, my whole amateur career was up through USA Hockey.”

Cooper, a dual citizen of the United States and Canada, played high school hockey in Saskatchewan and college lacrosse at Hofstra University. He then went on to earn a law degree from Thomas M. Cooley Law School in Lansing, Michigan, and served as a public defender before turning to his desire to coach.

“I guess I was at the point in my life when I was practicing law, but my passion was really to be behind the bench coaching hockey,” said Cooper, who at one time played adult recreational league hockey with peers who also practiced law.

He eventually took a job coaching Lansing Catholic Central High School, leading his team to the quarterfinal round of the state playoffs. Cooper spent the next season as an assistant in the North American Hockey League (NAHL) and later coached the Metro Jets to the USA Hockey National Junior B Championship. He joined the Detroit HoneyBaked Hockey Club and never looked back. 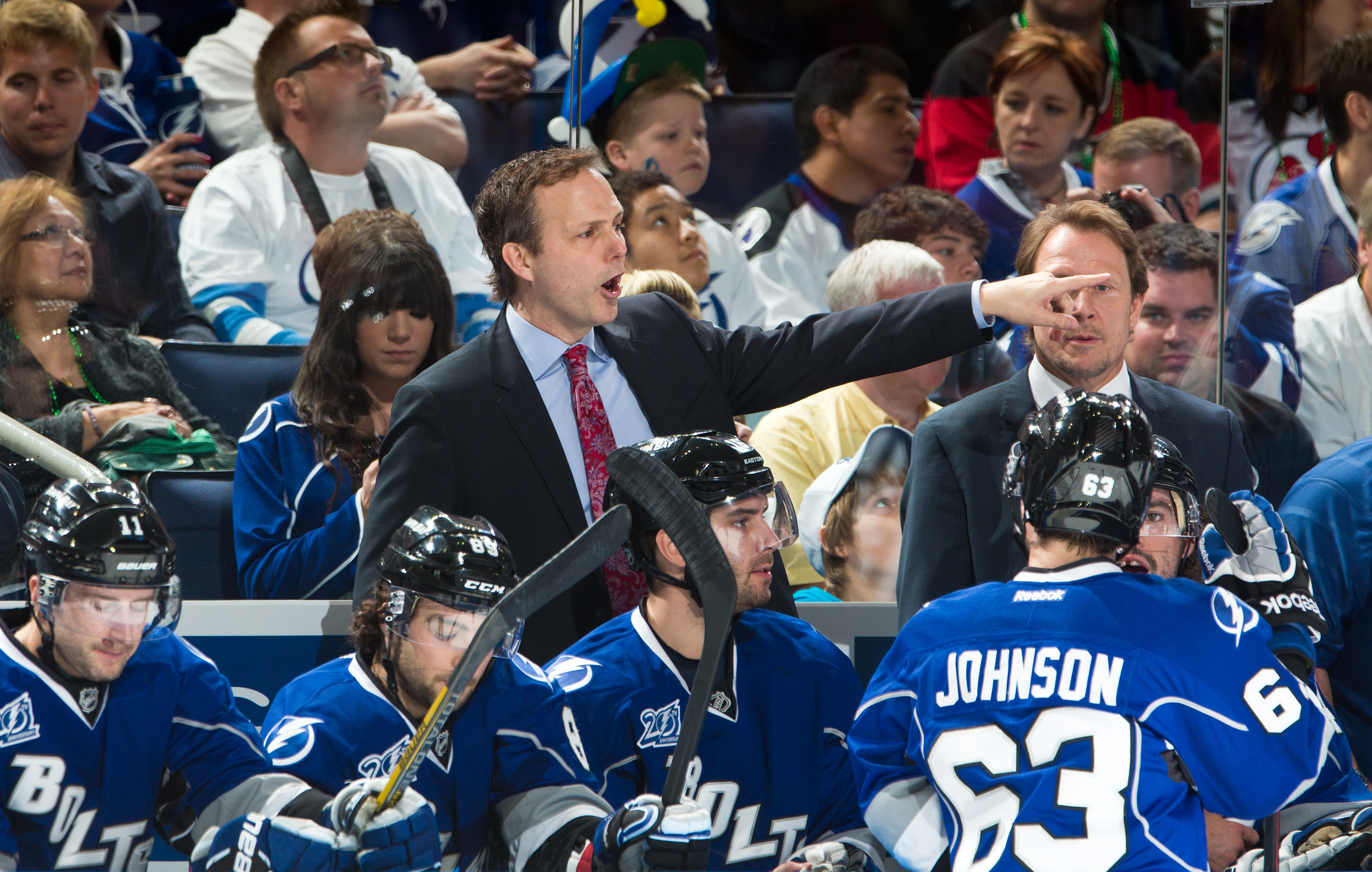 “You can never predict that you’re going to take a high school job on a part-time basis and 14 or 15 years later, it’s going to turn into an NHL job,” Cooper said. “But that’s what it did for me. The one thing I’ll always remember is how much fun I had [at Lansing Catholic Central] with the kids. That job gave me the opportunity to feel that passion and I just ran with it.”

“That opened doors for me for my growth and advancement,” Cooper said. “When I initially interviewed for a pro job, one of the things on my resume they said was intriguing was the fact that I went to Europe twice with the U.S. Under-17 Select Team and coached in the Ivan Hlinka Memorial tournament. It was those opportunities that helped me grow as a coach and eventually got me into the door professionally.”

A championship-laden resume doesn’t hurt either.

Cooper won titles at every level, coaching the St. Louis Bandits to back-to-back NAHL championships before leading Green Bay to the United States Hockey League (USHL) title. He was then hired to coach the Norfolk Admirals, the former American Hockey League (AHL) affiliate of the Lightning, where he eventually won the Calder Cup championship. That was then followed by Cooper leading the Syracuse Crunch – Tampa Bay’s current AHL affiliate – to a league-best record before his NHL promotion with the Lightning.

To date, he has the second-most wins in franchise history and led Tampa Bay to the Stanley Cup Final and Eastern Conference Final twice in four seasons.

“In all honesty, you have to have the right players,” Cooper said. “When you have players that have just as much passion to play the game, and they play it the right way and have a passion to win, anything can happen.”

Cooper considers himself fortunate to be in his current position, and he credits the people around him who helped contribute to his success along the way.

“If I was going to say there was one reason this all happened, I always took the job where I surrounded myself with good people,” Cooper said. “I never took a job just because of the title. I truly believe when you surround yourself with good people, things will happen and they did for me.”

Cooper is pleased with the development of young American talent throughout the league. He has two dynamic forwards on his own roster in Ryan Callahan and Tyler Johnson. Callahan earned a silver medal with the U.S. Olympic Men’s Ice Hockey Team at the 2010 Olympic Winter Games while Johnson, in the same year, helped the U.S. National Junior Team claim the gold medal at the 2010 IIHF World Junior Championship.

“Not so long ago when I was coaching, you weren’t seeing many top-flight American players on teams,” Cooper said. “Now, there’s almost just as many American top-flight players as there are Canadians and it’s a pleasure to see that. You look now and I think USA Hockey has the most World Junior gold medals this decade, and who would’ve thought that 20 years ago? It’s a tribute to the way USA Hockey has developed.”

Cooper has followed a similar rapid development path. And in that short amount of time he’s achieved just about everything he wants to accomplish.