U.S. staff to rely on 'the process' in attempt to claim gold at 2018 WJC in Buffalo

For nine days, the 2017 World Junior Summer Showcase saw over 130 players from Canada, Finland, Sweden and the U.S. convene at USA Hockey Arena in Plymouth, Michigan, with the hopes of leaving a lasting impression on their respective federation.

The players – 111 of which are already NHL Draft picks – aim to represent their country in the 2018 International Ice Hockey Federation World Junior Championship, which is set to take place in Buffalo, New York, from Dec. 26, 2017 through Jan. 5, 2018.

“I thought it was great,” said Jim Johannson, general manager of the 2018 U.S. National Junior Team and assistant executive director of hockey operations for USA Hockey. “It was really good hockey throughout the whole week — it’s a real compliment to all four teams. You can’t run this event without great competitors, and Finland, Sweden, Canada showed well.”

In general, the U.S. took care of business. Including the USA Blue and USA White squads, Team USA registered a 7-0-0-2 (W-OTW-OTL-L) record and closed the Showcase with a thrilling 7-5 victory over Canada.

But with over 40 U.S. players invited each year, the Showcase extends beyond the records and statistics for Johannson and his U.S. staff.

“[The Showcase] allows us to put players in a lot of the situations that you want to see them in,” Johannson added. “It’s really the first step in our player evaluation process. I think from our coaches’ standpoint, they got to know 44 more players so much better, and started to identify some guys who will be key components to this team."

Having experienced the Showcase twice previously, including last year as head coach and then as an assistant in 2014, Motzko knows little is set in stone in August.

“There are things that you look at,” said Motzko, who aims to lead the U.S. to a gold medal for the second straight year. “This is just the first step of the process, though. I’ll reference last year, where we left thinking we had some things set. I pulled out a note that I had sent the staff that said, ‘This is a lock,’ and then when we got to Buffalo last December, it wasn’t a lock at all." 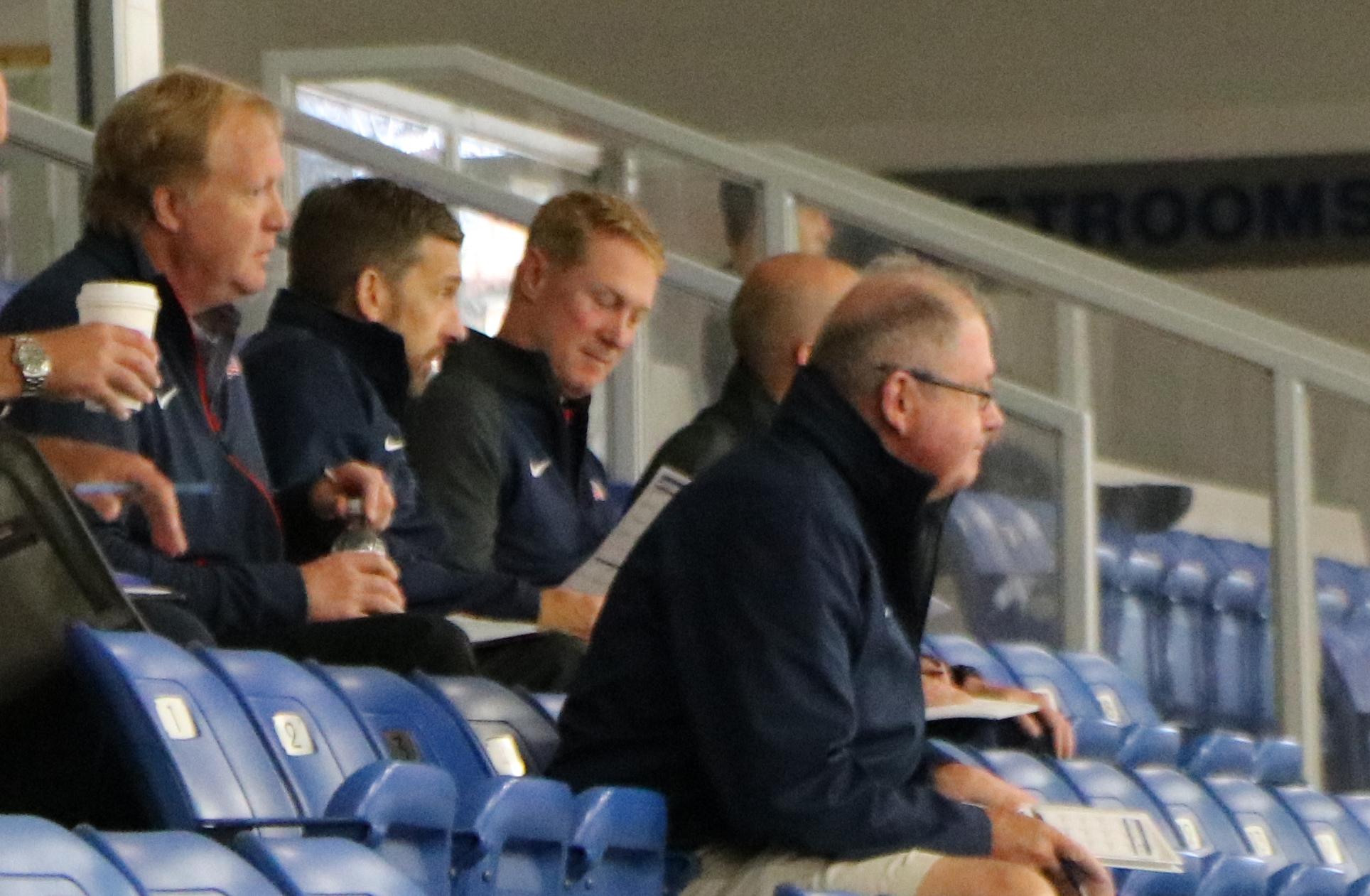 So how, exactly, does the evaluation process play out?

“Obviously, we get a big book on guys here at the Showcase,” Johannson explained. “For some, there’s already a high comfort level based on guys we’ve seen before. The reality is, in many cases, you don’t end up ‘watching’ what you think your core is going to be. Instead, you’re watching the guys you think are going to help fill in around that core.

“Through the coaches, through Ben Smith and Ryan Martin, pretty soon we’ll start to look at schedules and see who the key guys are for us to watch this season. But it’s not just the guys who were here on the final day; it’s going to be some players who we sent home as well as some guys who weren’t even here.”

Recent years have shown just how much remains uncertain when it comes to the selection process of the U.S. National Junior Team.

Each of the last four U.S. teams have seen at least one player make the final roster despite not skating in the August Showcase, including Jack Eichel and Jacob Slavin in 2014; Anthony DeAngelo, Noah Hanifin, Zach Werenski and Miles Wood in 2015; Will Borgen, Alex DeBrincat and Ryan Donato in 2016 and Patrick Harper a year ago.

“These guys don’t realize how many players are still in the mix to make this team,” Motzko added. “There are some guys who weren’t here and some we kept around to see more. Even some of the guys who were sent home, they played well and showed us what they can do and are still very much in the mix. 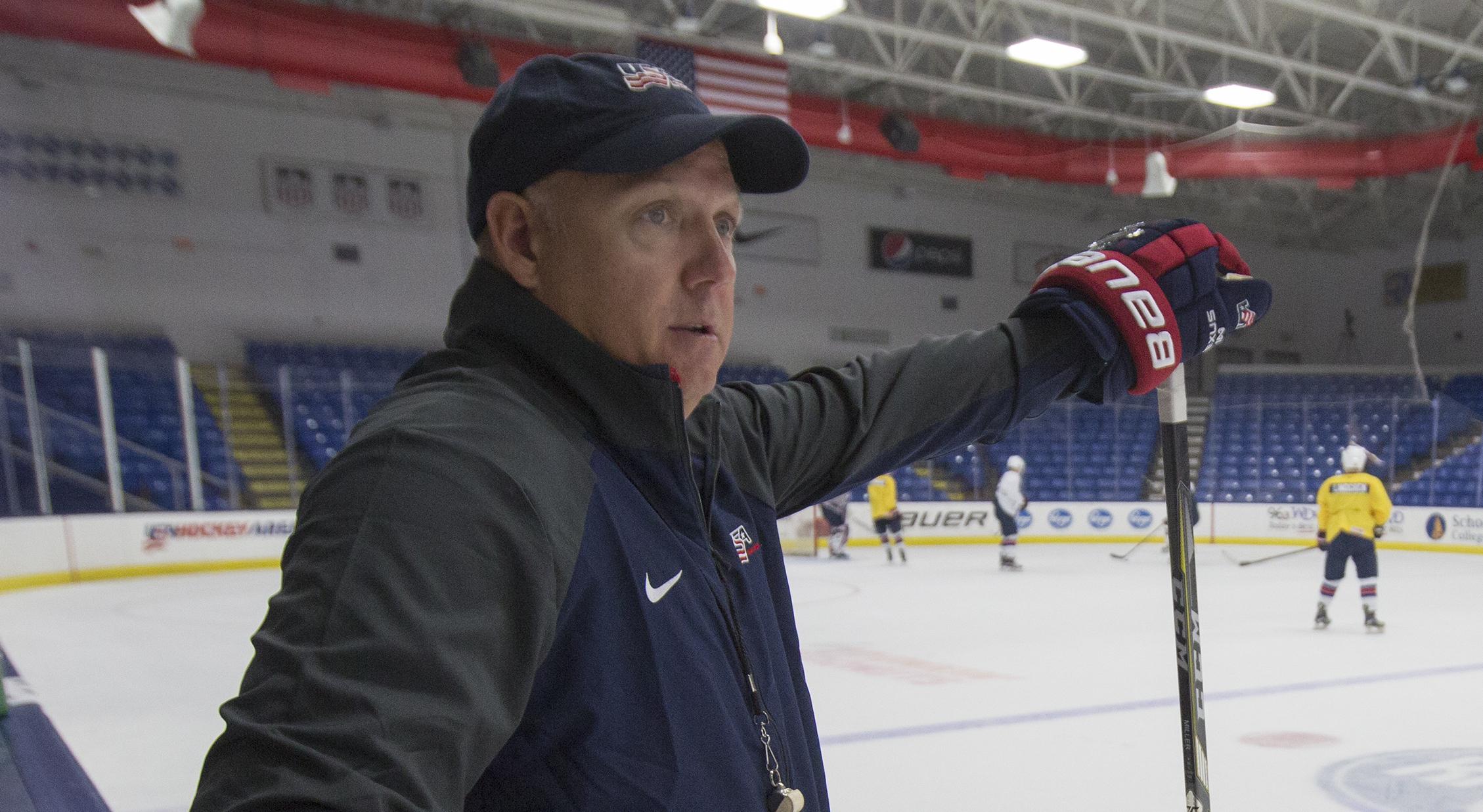 In short, with the showcase now over, the real work is just beginning. Once the 2017-18 season gets underway, so too will a tedious stretch of time for the U.S. staff to watch potential players in person and from afar with game film. That process will then continue until late November, when a preliminary U.S. roster is named.

When asked if the stretch of time between now and December would be too long, Motzko said quite the opposite.

“I wish it were longer,” said Motzko. “It’s so hard for these guys to come together in the summer and try to crank it up to game shape, game speed, because none of the four teams were really there — you’re going to be so much better when you’re in game shape. But this gives us a blueprint; it gives us a start of a foundation.

“We left Plymouth with everyone on the same page. At the end of the day, we’re looking for 23 guys to lead us to gold in Buffalo. Some of them might be on the team today, but they’ll have to validate it between now and December. They have to earn it – no matter what.”