Squads earn Olympic and Paralympic Team of the Games honors 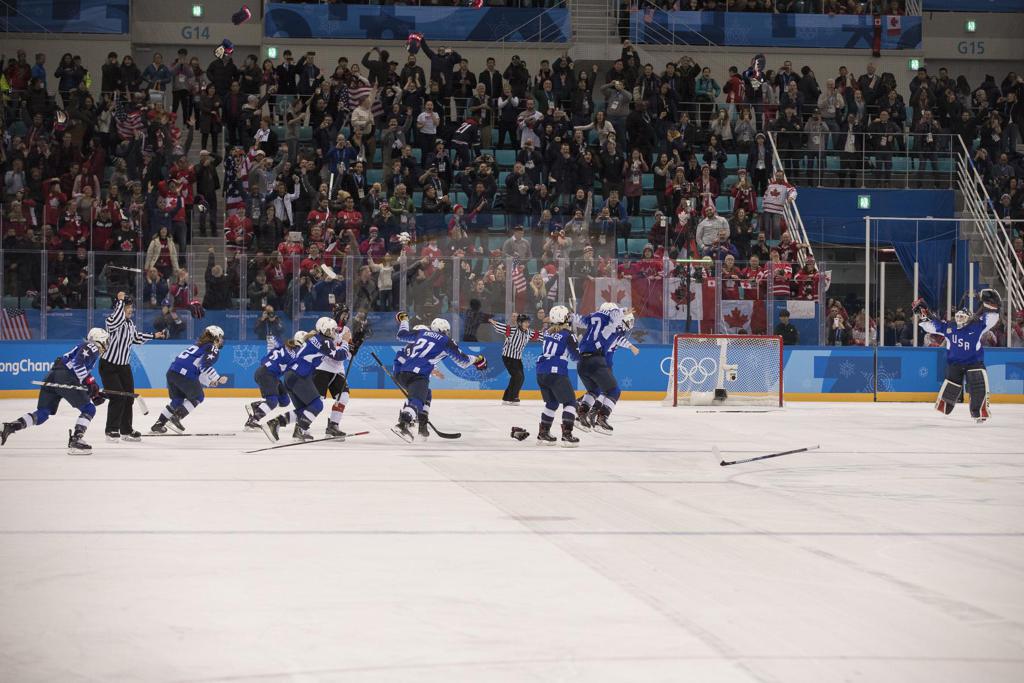 The U.S. Olympic Women’s Ice Hockey Team was named the Olympic Team of the Games after defeating Canada, 3-2, in a captivating six-round shootout, to take home its first gold medal in 20 years at the 2018 Olympic Winter Games. The team was on hand in Washington, D.C., to accept the award, which was presented by special guest Ivanka Trump.

“After having witnessed so many incredible, inspiring performances by our U.S. teammates in PyeongChang, to have our team earn the Olympic Team of the Games award is truly an honor,” said Meghan Duggan (Danvers, Mass.), captain of the 2018 U.S. Olympic Women's Hockey Team. “Representing the U.S. and winning a gold medal with 22 of the strongest women I’ve ever known was a dream come true for all of us. To everyone who has supported us along the way - our families and friends, USA Hockey, hockey fans nationwide, and little girls everywhere putting on skates for the first time - this is for you.” 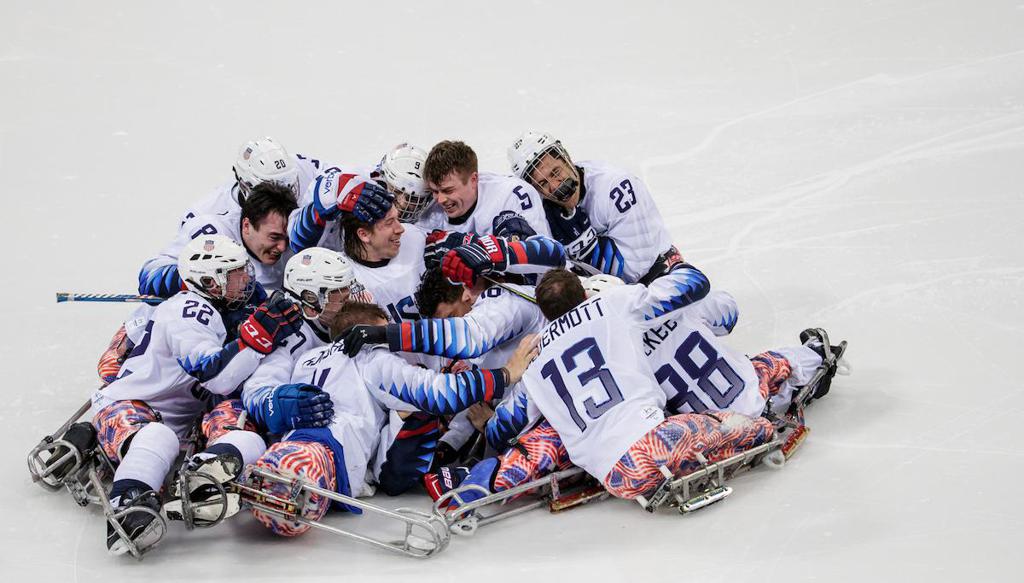 The U.S. Paralympic Sled Hockey Team was named the Paralympic Team of the Games after edging Canada, 2-1, in a thrilling come-from-behind win to take the gold medal at the 2018 Paralympic Winter Games. The U.S., which finished with an undefeated 4-1-0-0 (W-OTW-OTL-L) record, has now won an unprecedented three-straight Paralympic gold medals. On hand to present the award to Team USA was Braedon Monthony, a nine-year-old double amputee who first met the team during its 2018 Border Series in Buffalo, N.Y., this past February.

“It’s an absolute honor for us as a team to be recognized in an event like this surrounded by fellow Olympians and Paralympians,” said Josh Pauls (Green Brook, N.J.), captain of the 2018 U.S. Paralympic Sled Hockey Team. “Like our peers, being able to compete for our country in these Games took a lifetime of work, and it’s such a great experience to celebrate that here together. Every player on our team, whether we were returners or first-time Paralympians, bought into that ‘team first’ mentality and now we’re gold medalists forever.”

The victory gave the United States its second gold medal in women’s ice hockey after Team USA claimed the inaugural gold medal in the event at the 1998 Olympic Winter Games in Nagano, Japan. Leading up to the 2018 gold-medal game, Team USA carried a 3-1 victory over Finland, 5-0 win over Olympic Athletes from Russia, and a 2-1 loss to Canada in preliminary play before topping Finland, 5-0, in the semifinals. The U.S. Olympic Women’s Ice Hockey Team has now medaled in all six Olympic appearances to date (gold – 1998, 2018; silver – 2002, 2010, 2014 and bronze – 2006). Forward Jocelyne Lamoureux-Davidson (Grand Forks, N.D.), who scored the decisive sixth-round shootout winner in the gold-medal game, was tabbed to the Media All-Star Team after collecting five points (4-1) while setting an Olympic record for the fastest two goals scored by a single player in the preliminary round win over O.A.R.

En route to its gold-medal finish, the U.S. topped Japan (10-0), Czech Republic (10-0) and host Korea (8-0) in group play before defeating Italy (10-1) in the semifinals. The United States, which entered the tournament as the two-defending champions after claiming the gold medal at the Paralympic Winter Games Sochi 2014 and Paralympic Winter Games Vancouver 2010, has now medaled in five of its six Paralympic appearances (gold - 2002, 2010, 2014, 2018; bronze - 2006). For his performance throughout the Games, which culminated in 10 goals and 17 points, forward Brody Roybal (Northlake, Ill.) was named Best Forward and Tournament MVP as selected by the directorate.Forward Declan Farmer (Tampa, Fla.), who scored both goals in the gold-medal game, tied Roybal with a tournament-best 17 points and saw his 11 goals match the U.S. and Paralympic records for most goals in a single Paralympics.