The first step towards the new season begins this week.

Between the snowy conditions and 53 of the top-tier U.S. hockey players arriving at the National Sports Center in Blaine, Minn., it’s beginning to look a lot like a new hockey season.

With guidance from health officials, USA Hockey has provided thorough testing and created policies to establish the safest possible environment for all staff and athletes for the U.S. Women’s National Team Evaluation Camp.

The evaluation camp will last for five days, starting today with strength and conditioning testing. The players have been broken up into three practice teams: the red team is captained by Kendall Coyne Schofield; the white team is captained by Hilary Knight; the blue team is captained by Kacey Bellamy. Competition will heat up on day two as scrimmages get underway and continue throughout the week. Team sessions will cap each evening, with athletes tuning into the nightly presentations via Zoom from their hotel rooms. Topics covered during these meetings will include mental skills, nutrition, and team culture. 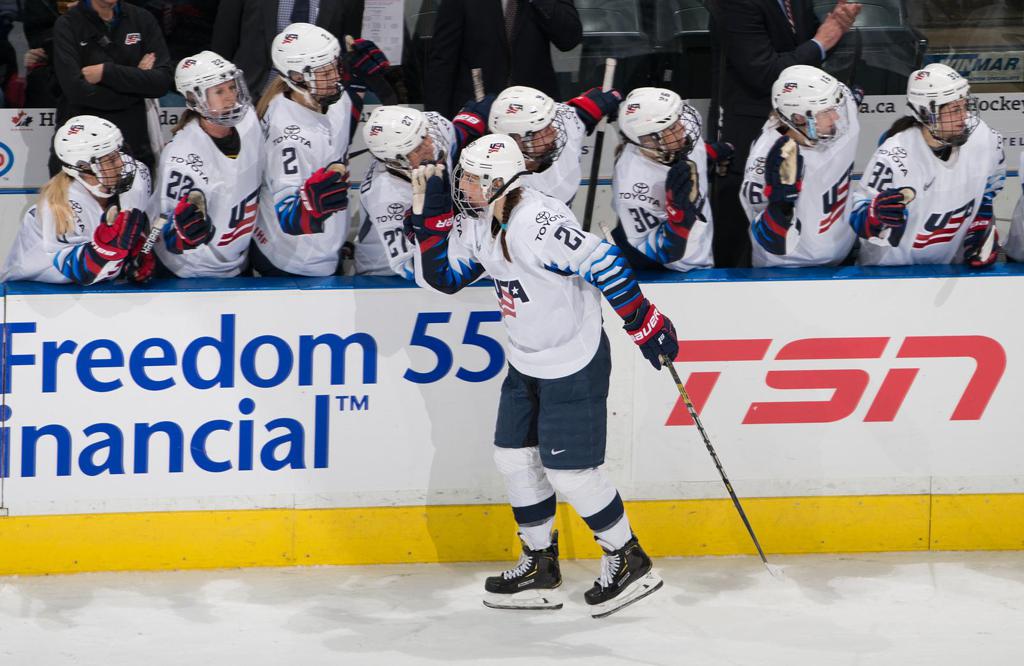 For many, this is the first time seeing each other since the conclusion of the Rivalry Series in Anaheim, Calif., this past February. To say there is excitement here at camp is an understatement. There were constant smiles in the hotel lobby as teammates arrived and gave elbow bumps as greetings. 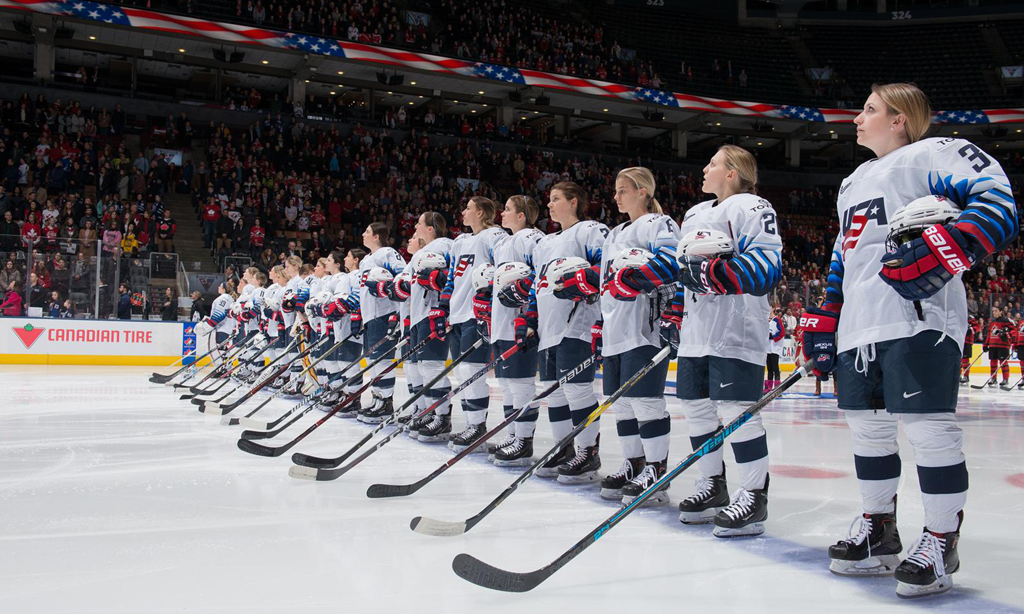