As camp officially closes out, the news of the Women’s World Championship cancelation brings month-long journey to a screeching halt.

The 2021 IIHF Women's World Championship has been rescheduled for August 20-31, 2021. The venue for the tournament will be announced at a later date, per the IIHF's April 30th release. Originally, the tournament was set for Halifax and Truro, Nova Scotia from May 6-16, 2021. On April 21, the IIHF and Hockey Canada postponed the tournament due to safety concerns associated with COVID-19. For the full statement, go here.

As camp in Portland, Maine, officially closes out for the U.S. Women’s National Team, the news of the Women’s World Championship postponement brings the crew’s month-long journey to a screeching halt.

To say Team USA is disappointed is an understatement. The athletes and staff were looking forward to international competition after a year of pause and were committed to making sure it could happen. Even with this heartbreaking news, it doesn’t change the respect the U.S. delegation has for putting everyone’s health and safety as the top priority.

None of this changes the team’s hunger for gold. As the IIHF and Hockey Canada shared with their news of the postponement in Nova Scotia, they are seeking alternate dates and locations for the 2021 Women’s World Championship for later this summer. Team USA will stay optimistic for the tournament to be conducted, and with that, they will remain focused on bringing home a sixth-straight gold medal.

Until then, athletes and staff will head home. Training and preparations for competition will continue. Team USA will beat on and be ready for what comes next.

Before everyone jets off tomorrow (April 22), the squad has found a silver lining of their own design. Since the team was to undergo an eight-day quarantine once in Canada, Dr. Ally Howe (Portland, Maine), team physician, and Carrie Aprik (Royal Oak, Mich.), team sports dietician, made sure to equip the athletes and staff with plenty of snacks and supplies for their week ahead. Unfortunately, these goodies are no longer needed.

All food, drinks, and treats that would have accompanied Team USA are now being donated to the Preble Street Food Pantry, a local organization in Portland that supports the community throughout these trying times. The U.S. Women’s National Team is proud to give back to the city that has welcomed them for the last week. 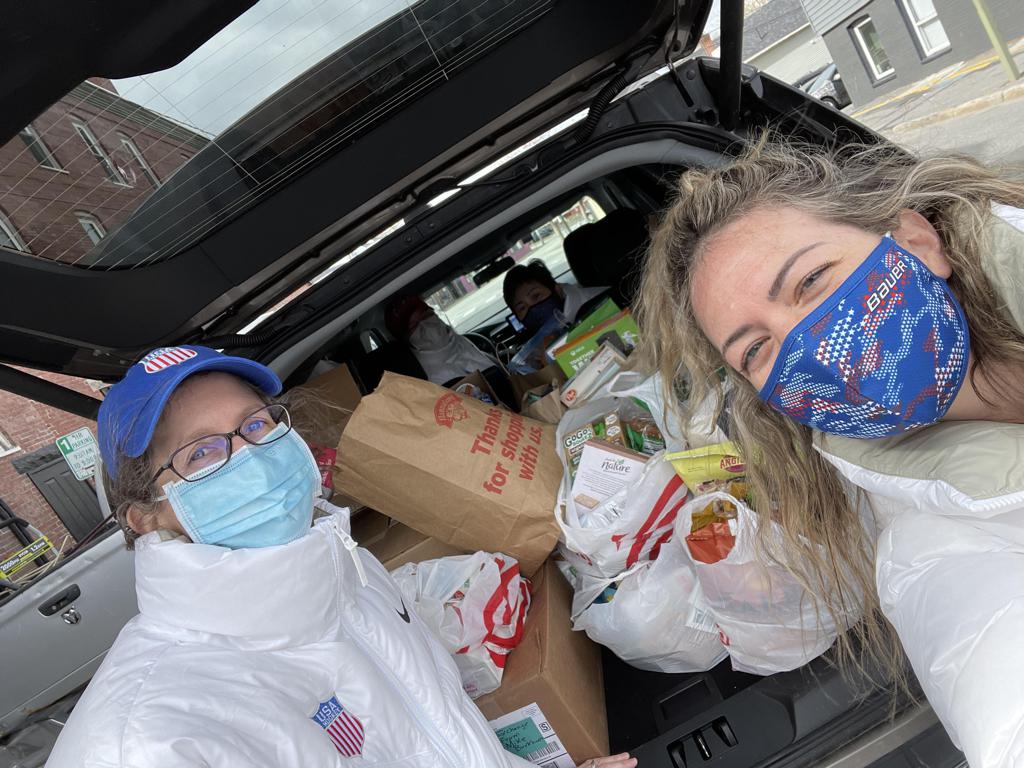 As today marks the last day of regular practice before the bus ride to Canada, another day spent at the William B. Troubh Ice Arena is officially in the books for the U.S. Women’s National Team.

The athletes took to the ice with smiles and newfound energy for the two-hour practice. A clear and distinct buzz was in the air as the crew continues to settle into their groove as a unified team of 25.

Coaches put the players, yet again, through a series of drills and mini-games to iron out different scenarios and strategies for competition. However, the last drill seemed to be the favorite among the team. Forwards and defenders went head-to-head, with the offensive line having an advantage of more bodies on the ice. Cycling through different situations of having the upper edge, the forwards were challenged to score 12 goals in 10 minutes, while defense and the goaltenders were challenged to halt the goal from being reached.

The results? Forwards took this last drill as an opportunity for redemption after yesterday’s (April 19) low-scoring scrimmage. The offense scored 13 goals in four-and-half minutes, leading the defense to play the mercy rule and closeout practice a little early.

Once done with practice, many received treatment from the team’s massage therapist Jennifer Chee (Colorado Springs, Colo.). Chee is a believer and enforcer of “no foo foo massages.” Her work for Team USA is popular among the athletes because it allows them to recover effectively and efficiently.

With the consistent goal to be tired by the end of camp, the squad closed out the day with another lifting session within their COVID cohorts.

Tomorrow (April 21) is the last day of camp in Portland, Maine, and with that excitement comes one more scrimmage. Stay tuned.

Today’s schedule included the first scrimmage of camp as the U.S. Women’s National Team took to the ice for the third-straight day here at the William B. Troubh Ice Arena.

This week’s scrimmages include a format where periods last 15-minutes with a break following each so players can recover and ice can be resurfaced. After three periods are played, the teams play four-on-four play for seven minutes. Once that buzzer goes off, a game of three-on-three is had for another five minutes.

Although these are intra-scrimmages and part of the team’s overall practice, athletes do not take competition opportunities lightly.

“It’s been so long since we’ve been able to play together as a whole team,” said Kacey Bellamy (Westfield, Mass./University of New Hampshire). “We’ve obviously had camps in the last year, but to solidify a world championship team and to build the chemistry and comradery—that’s the most important part going into the Women’s World Championship.”

As a bystander watching the action play out on the ice, one might think members of one squad oppose the other. But that only speaks to the level of energy and respect Team USA has for each other. When it’s game time, it’s game time. Each practice team is playing to win and push their teammates on the other side of the blue line because what work is done in these situations pays off in tournament play.

After two periods of a handful of shots on goal from each team and none translating into points, the athlete’s grit and determination—and maybe even frustration with the top-notch performances from Nicole Hensley (Lakewood, Colo./Lindenwood University), Alex Cavallini (Delafield, Wis./University of Wisconsin) and Aerin Frankel (Briarcliff Manor, N.Y./Northeastern University)—resulted in a few goals by the third period.

Ultimately, Team Blue took the crown for today's scrimmage with a final score of 2-0 over Team Red.

Day two started off slow, but no one seemed to complain. After getting to sleep in for at least an extra hour more than yesterday (April 17), all athletes and staff took their second COVID-19 test to kick off the morning.

Unlike pre-tournament camps in the past, the coaches are focused on pushing the athletes harder than usual this week. Once in Canada, the entire delegation will go into quarantine for eight days, which means the team needs to continue to dig into training now and enjoy the mandatory rest later. Feeling tired after each practice, lifting session, and scrimmage is the goal.

“Practice was good today. It was fun to work on some systems and get back into the groove,” said Sydney Brodt (North Oaks, Minn./University of Minnesota Duluth).

“Yeah, it’s always good to get the first practice out of the way and get the hands and legs back. I felt like it was overall a good second practice. There was a lot more flow,” added Hannah Brandt (Buffalo Grove, Ill./University of Minnesota).

“I’m very tired,” shared Lee Stecklein (Roseville, Minn./University of Minnesota). “But practice was fun today. It didn’t feel like we were out there for two hours. We even played a few games and were all enjoying it.”

Of course, it’s not just the physical part of the game coaches are focused on this week. The athlete’s mental skills are being worked as well by mental skills coach Aimee Kimball (Ebensburg, Penn.). Kimball hosted the athletes on a call last night to continue working on the importance of being present, no matter what the road ahead brings. Today, as a reminder of what was discussed last night, Kimball taped the letters BH on the ground in front of the rink door as a nod to simply be here for the next two hours of practice.

Once practice concluded, the team had lunch and even some naps depending on the time of their COVID cohort’s lifting session in the afternoon.

A theme does seem to be emerging fast within the team’s cohorts—competition. There’s a question on which cohort is best and how each ranks against the other. Today’s standings have COVID Cohort No.2 in the lead. What puts one cohort in the lead over others? How many members show up consistently to meals at the same time.

Tomorrow (April 19) brings the first intra-scrimmage of camp, and if the competition between cohorts alludes to anything—it’s that these athletes are always ready to compete.

The U.S. Women’s National Team's pursuit of world championship gold will be a month-long journey. It began today in Portland, Maine, as camp got underway at the William B. Troubh Ice Arena, and the athletes took to the ice for the first time as a team.

After traveling yesterday (April 16) in rainy, spring weather and getting tested for COVID-19 upon arrival, the athletes and staff virtually gathered as a delegation on a call this morning to talk through what pre-camp will look like as well as expectations. The best part of the call, other than knowing this was the start of getting to work? It kicked off with the news that everyone had tested negative, which truly meant it was go-time.

The development squad had the first practice session of the day, and it was led by assistant coaches Brian Pothier (New Bedford, Mass.) and Allison Coomey (Baldwinsville, N.Y.). To give each goalie more touches and some one-on-one coaching, a different goalie will join this squad during each of their practices. Aerin Frankel (Briarcliff Manor, N.Y./Northeastern University) took the first session and was led by goaltending coach Alli Altmann (Eagan, Minn.).

By 11 a.m., the rest of the team joined the crew for a two-hour long practice where interim head coach, Joel Johnson (White Bear Lake, Minn.), managed the athletes through different drills, scenarios, and small games to get loose and dialed in. Overall, the energy was high with the anticipation of international competition right around the corner.

At lunchtime, the delegation enjoyed their COVID cohorts for the first time. To help with social distancing and consistent contact tracing, groups consisting of a maximum of four people that play different positions and include team staff will eat together each day.

Over the next five days, camp will entail three practice days, two intra-squad scrimmages, video sessions, mental skills sessions, and workouts. On Thursday, April 22, the 25 athletes and 15 staff members will bus to Canada and begin the transition into the IIHF Women’s World Championship bubble. 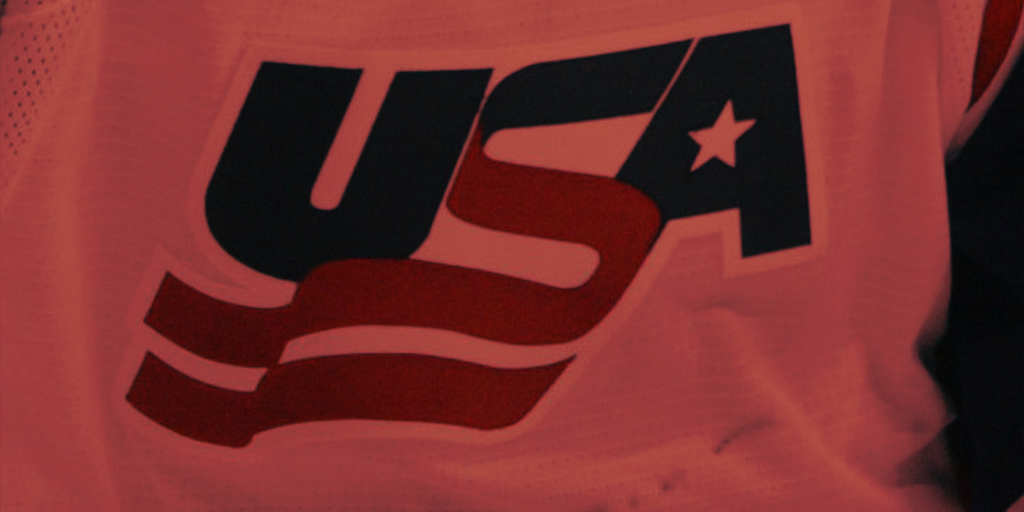 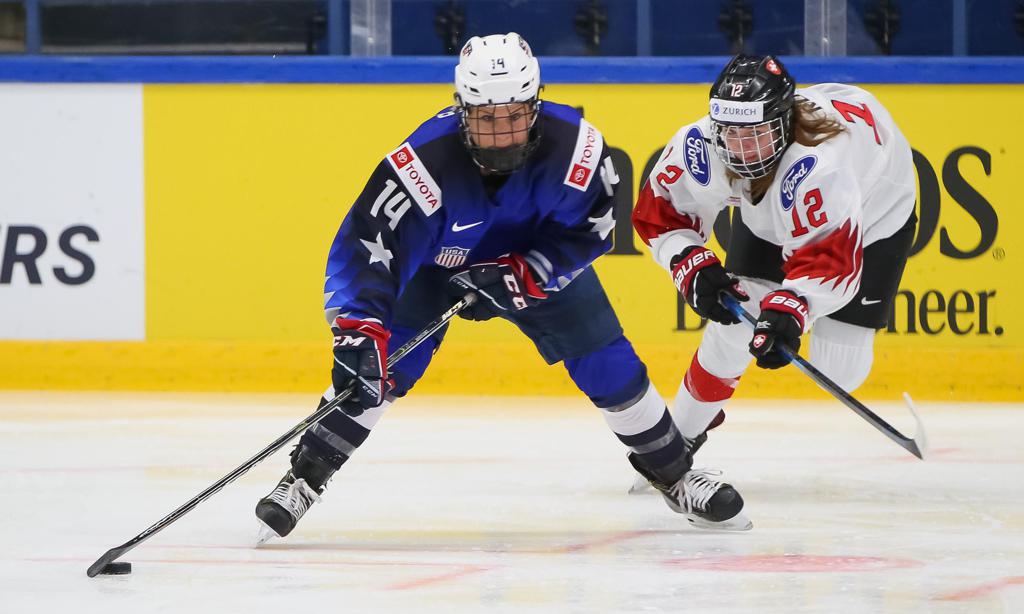 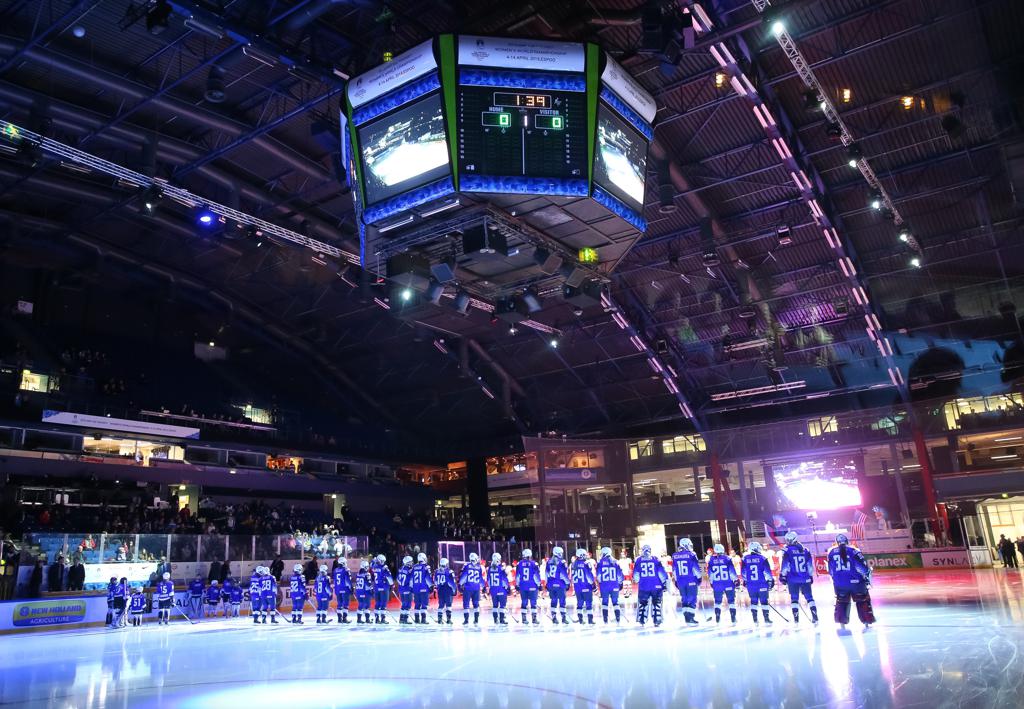