Teammates Recall Bellamy’s Leadership, Friendship That Will Be Missed on National Team

Former U.S. alternate captain made a huge impact on and off the ice

When Kacey Bellamy announced earlier today (May 18) that she was retiring, it wasn’t hard for those closest to her to identify all that she has meant to the U.S. Women’s National Team over the years.

Teammate Brianna Decker, who has known Bellamy for 13 years, met her in 2008 when they were roommates at the Four Nations Cup in Lake Placid, New York.

“I was so nervous rooming with a veteran player,” recalled Decker, who soon experienced Bellamy’s humility, intelligence, competitiveness, leadership and sense of humor. 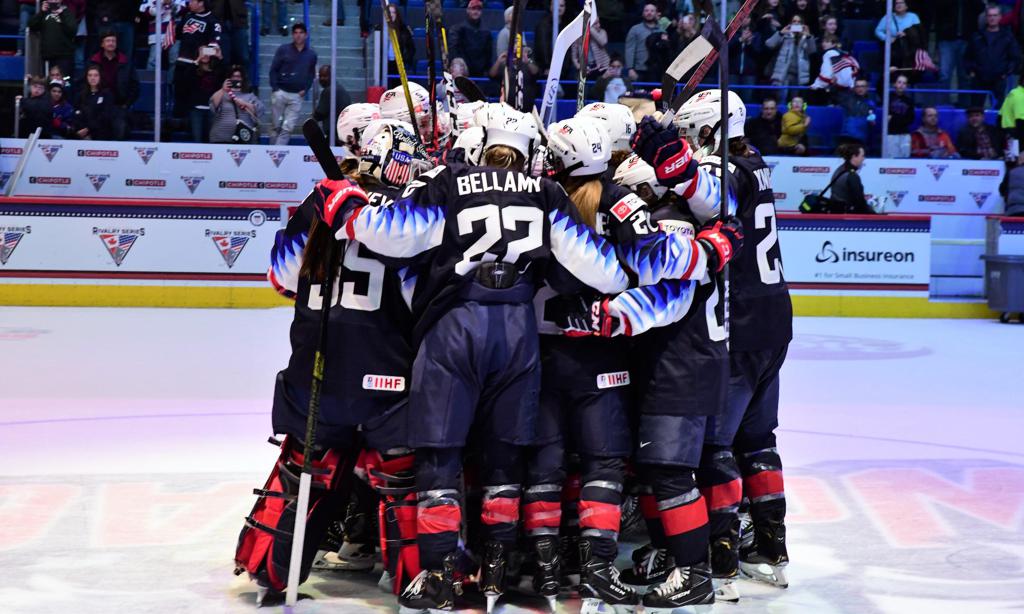 “I’ll never forget the tournaments [where] we roomed together and had our routine down,” said Decker, “and our fist pump out the door of the hotel before games.”

Among Decker’s favorite memories was the 2017 International Ice Hockey Federation Women’s World Championship on home soil in Plymouth, Mich., when Bellamy scored a pair of goals in the gold-medal game.

“Kacey, as a hockey player, is a humble competitor that will do anything it takes to win,” Decker said. “She leads by example in every way, and I couldn’t have had a better mentor to look up to.”

Bellamy also had a big impact on Decker off the ice.

“As a person, she is funny and loving, yet has a hard shell you have to break through,” Decker said. “She has been there for me through thick and thin, and there is no one else I would want to go into battle with.”

Beyond those times, Decker said that she will miss “the memories we created laughing … together.”

No one has a better appreciation for the transition that Bellamy is making than Meghan Duggan. The former U.S. team captain retired in October 2020. She first met Bellamy when both played at New England prep schools.

“I played at Cushing Academy, and Kacey played at Berkshire School,” Duggan said. “Our teams back then were huge rivals, and I can still picture the match-ups. Kacey and I still give each other a hard time for certain games and plays against each other back then.”

Duggan came to admire Bellamy as a leader.

“Kacey is one of the finest athletes and competitors I have ever played with,” Duggan said. “She raises the bar for everyone around her every single day. Her work ethic and desire to be the best is unmatched. What truly sets her apart is her ability to challenge herself mentally, as well.

“She is the teammate you always want to be around and always want on your team, and she is the best friend that everyone wishes was theirs. There is no one in the world like her — the absolute best.”

Duggan remembered the 2015 IIHF Women’s World Championship in Sweden, when she and Bellamy came down with a flu-like illness and spent the night in a local hospital before the gold-medal game.

“We ended up recovering and playing, and the team won the gold medal, 7-5, over Canada,” Duggan said. “I wouldn’t have wanted to experience something like that with anyone else except Kacey.”

What most impressed Duggan about Bellamy was her ability to evolve throughout her career to make sure she always gave Team USA her best.

“There are not many athletes that can do that year after year, and it’s been incredible to witness Kacey do it,” Duggan said. “She has remained dominant and steady for such a long period of time. It truly speaks to her character and commitment to the game and her teammates.”

“Kacey's leadership and experience on the national team has been incredible,” Million said. “Her on-ice performances have been stellar, and she is one of the hardest-working players I've met. She has been an amazing mentor to many players, and we'll miss her leadership, both on and off the ice.

“As an alternate captain on the women's national team, when she spoke, everyone listened. Kacey is the type of leader that does more listening than talking, so when she has something to say, it is profound. She has an empathetic leadership style yet exudes confidence and holds herself incredibly accountable.”

Million added, “Kacey has always had an incredible drive to be the best. She is an excellent example of the type of player that you should exemplify to be successful and wear the U.S. jersey.” 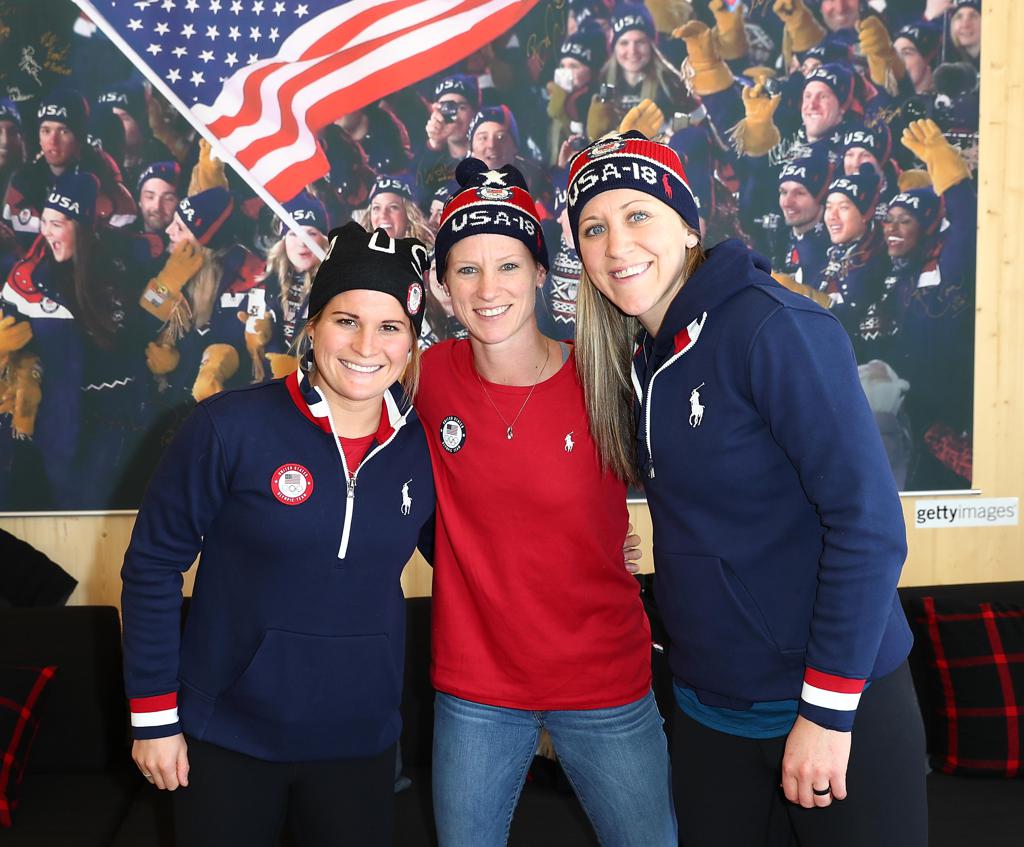 U.S. Olympians Brianna Decker, Kacey Bellamy and Meghan Duggan pose for a photo at the USA House at the PyeongChang 2018 Winter Olympic Games.