Roster was announced at Target Field in Minneapolis

The state of Minnesota touts itself as the “State of Hockey,” and that was on full display New Year’s Day when USA Hockey announced the roster for the 2022 U.S. Olympic Women’s Ice Hockey Team that will compete next month at the 2022 Olympic Winter Games in Beijing, China.

The 23-player roster was announced during the second intermission of the NHL Winter Classic, an annual New Year’s Day tradition. The game between the St. Louis Blues and host Minnesota Wild took place at Target Field in Minneapolis. 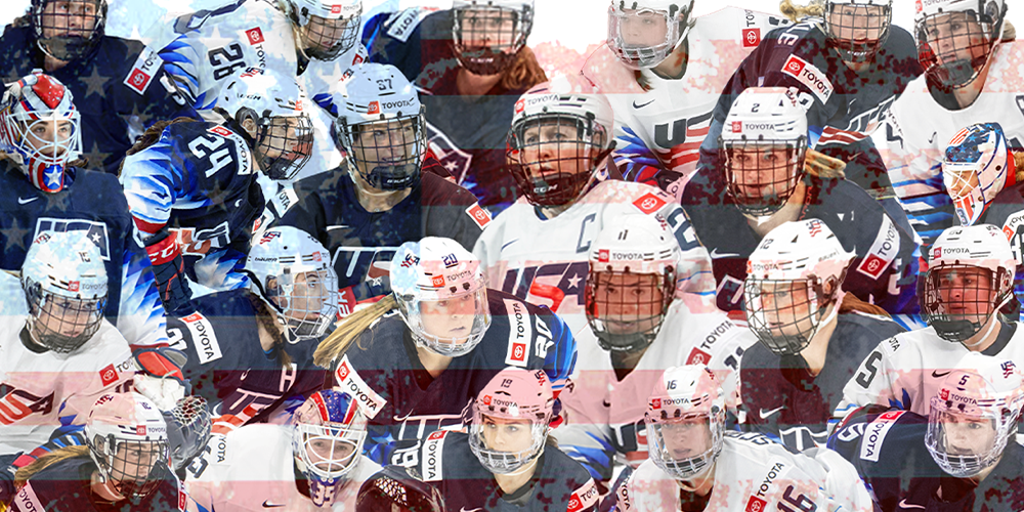 “I think this has been an awesome opportunity for the state of Minnesota to showcase all it has to offer,” U.S. head coach Joel Johnson said. “It has been a dream come true for all of us, and I don’t say that flippantly. Each Olympic year is its own experience and it’s special nonetheless. It’s been a fun journey and I look forward to it continuing.”

The 23 players were showcased live on national television during the roster unveiling. They were placed on multiple, smaller ice surfaces behind the main rink and waved to fans at home and in attendance as their names were announced.

“I know I feel very fortunate to have grown up in Minnesota,” Stecklein said. “We have a really strong girls program and great girls high school hockey, and knowing that I was able to play for my community was something really special. Now, to be here with so many other Minnesota natives has been extra special. These are girls I played with for a long time … a lot of us were lucky enough to go to the University of Minnesota, which was another dream of mine, and I feel like the program helped me prepare to be on the U.S. Women’s National Team.”

The players formally began preparations for the 2022 Olympic Winter Games in October during the team’s residency program in Blaine, Minnesota. A total of 28 players lived and trained in Blaine during the lead-up to the Games.

“I think the unique part about the residency in Blaine is that there wasn’t one person, whether collegiately or at a national team level … there wasn’t anyone that was unfamiliar with training in Blaine and having this be part of their national team development,” Johnson said. “It’s been awesome for Blaine to take care of us and USA Hockey and offer the resources that it has.”

Of the 23 players on the roster, 15 have prior Olympic experience, including 13 who were part of the gold-medal winning 2018 PyeongChang team.

There are eight first-time Olympians and four playing in the Games for the third time. Hilary Knight became the fourth American woman named to the Olympic women’s hockey team for a fourth time, joining Jenny Potter, Angela Ruggiero and Julie Chu.

The task at hand is defending the historic gold medal won four years ago, the first in 20 years and second overall, which was claimed in dramatic fashion with a game-tying goal in the third period and a championship-clinching shootout victory over Canada.

The U.S. has played Canada eight times since the end of August, adding to the hotly contested series between the rivals. Canada claimed a preliminary round game and edged out the Americans in overtime five days later in the 2021 IIHF Women’s World Championship gold-medal game.

They also faced off six times during the recent My Why Tour, presented by Toyota with four of the six games being decided by one goal, including three in overtime.

While the U.S. is the defending gold medalist entering the Olympic tournament, the players feel there is still a sense of urgency when thinking about competing with Team Canada and the rest of the field.

“Our business isn’t finished until we come back with a gold medal at the Olympic Games,” forward Brianna Decker said. “That’s our mindset every day we train. The best part about our team is that we haven’t played our best game yet. We’re trying to gear towards that every day in practice.”