Warroad, Minnesota, native starred on international stage for more than a decade

The versatile Marvin, who played both defense and forward during her superlative career, was part of three U.S. Olympic Women’s Ice Hockey Teams and helped the U.S. capture gold at the 2018 Games in PyeongChang, South Korea. She was also part of silver medal-winning U.S. Olympic teams at the 2014 Games in Sochi, Russia, and the 2010 Games in Vancouver, British Columbia.

Marvin will be honored prior to Monday’s (Dec. 20) U.S.-Canada game at Xcel Energy Center in Saint Paul, Minnesota. The contest is part of the My Why Tour, presented by Toyota, and tickets are available here.

“Gigi was a cornerstone of the U.S. Women’s National Team program for a long time,” said Katie Million, director of women’s national team programs for USA Hockey. “Not many athletes earn the opportunity to play in three Olympic Games, along with countless world championships. She was obviously a terrific player and represented our country so well on the biggest stages. We thank her for not only being a big contributor to the success of our program, but for also for serving as a wonderful role model for aspiring young players throughout the country.” 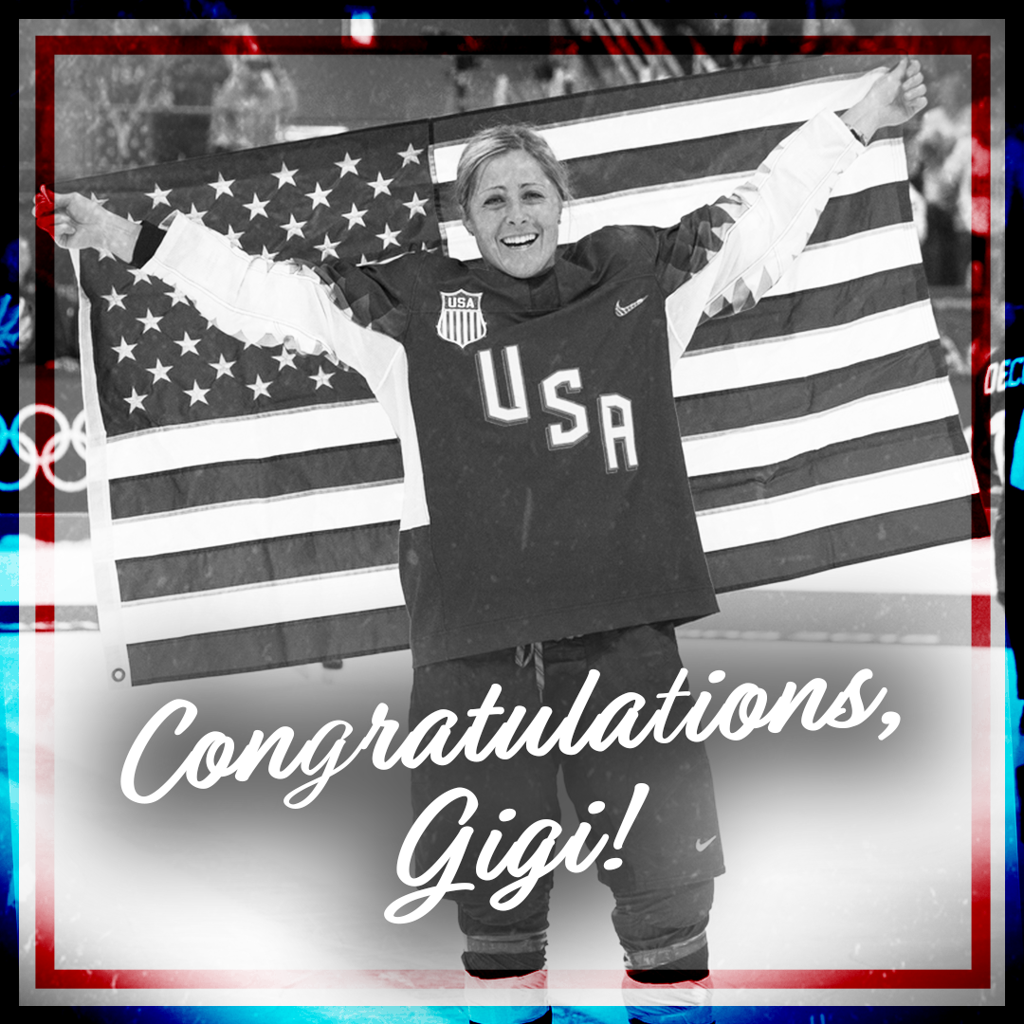 “Playing for Team USA was such a joy and I’m incredibly grateful for all the friendships formed and memories made,” said Marvin.  “I loved competing alongside teammates who not only relentlessly pursued excellence within themselves; but made everyone around them better. Thanks to the Lord, my family and friends, and to all who surrounded me with love, prayers, and support throughout my career.”

The Warroad, Minn., native began her playing career with the U.S. Women’s National Team Program in 2006-07, with her first competition the U22 Series between the U.S. and Canada. Later that season she made what would be the first of seven career appearances in the International Ice Hockey Federation Women’s World Championships. All total, she helped the United States to five gold medals (2008, 2009, 2011, 2013, 2017) and two silver medals (2007, 2012).

During her career, she helped the U.S. Women’s National Team Program to its dominant position on the world stage, a place today that has included the U.S. winning the last Olympic Winter Games and eight of the last 10 IIHF Women’s World Championships.

Marvin played five years of high school hockey for her hometown Warroad Warriors. She finished her career ranked fifth in Minnesota state career scoring with 425 points (196 goals, 229 assists) and was named the Ms. Hockey winner in 2005. 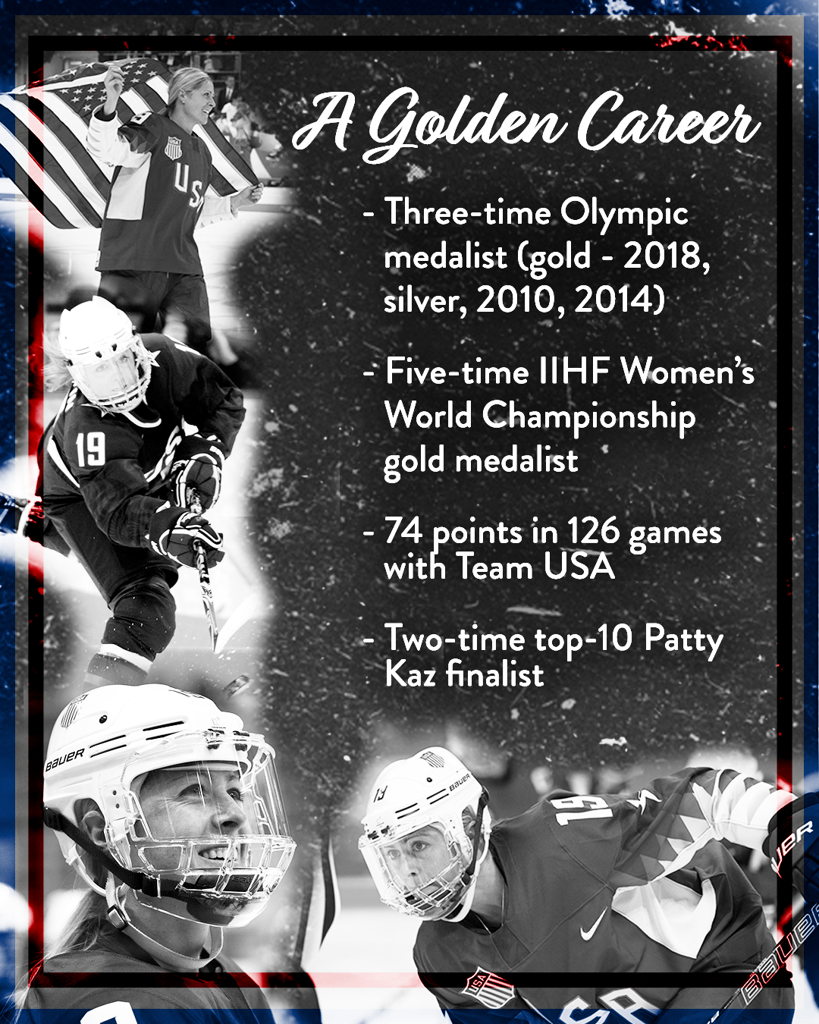