COLORADO SPRINGS, Colo. – The 2022 NCAA Men’s Frozen Four will have a strong American presence as 82 players with U.S. development roots prior to their collegiate careers will faceoff striving for a national championship this weekend.

In addition, a combined 19 players have skated for a U.S. select team in international competition including the World Junior A Challenge (U.S. Junior Select Team) and the Hlinka Gretzky Cup (U.S. Under-18 Select Team). Collectively, those players have helped the U.S. win three championships. 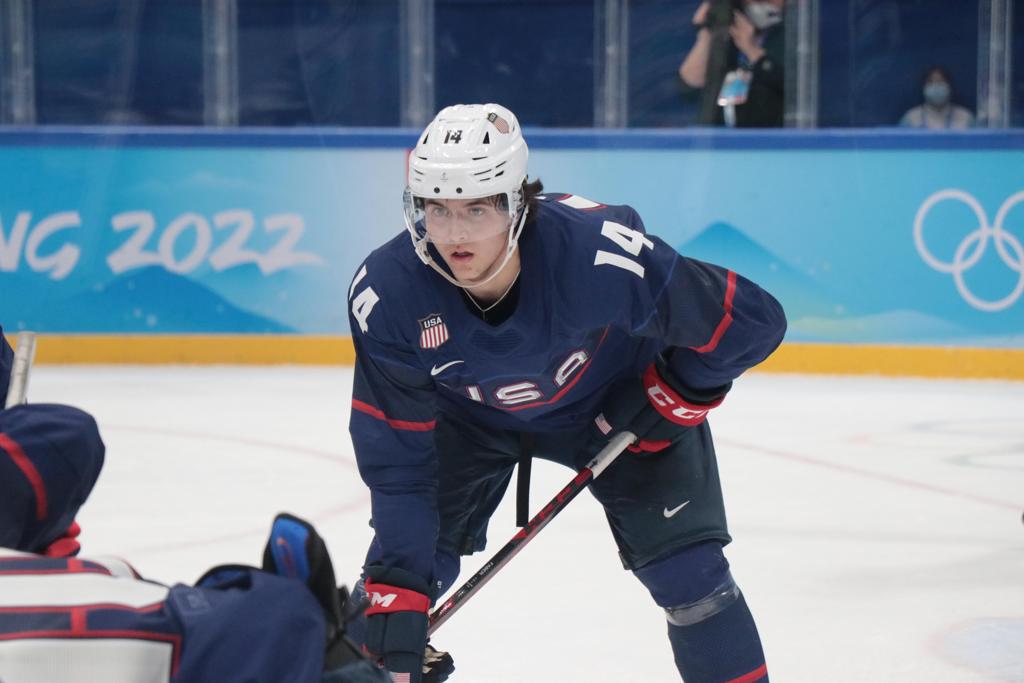 Brock Faber is one of six players in the Frozen Four to play on the U.S. Olympic Men's Hockey Team

In addition, 18 players who have been part of USA Hockey's National Team Development Program are competing in the 2022 Men’s Frozen Four.

A total of 47 players have skated in at least one USA Hockey Player Development Camp and 26 have played in the BioSteel All-American Game. USA Hockey’s Player Development Camps are held annually in June and July to provide week-long training sessions. The BioSteel All-American Game is an annual event that provides the best U.S. players eligible for the NHL Draft the opportunity to showcase their skills on a national stage.

Two of the four coaching staffs in the Frozen Four include head coaches who have served on a U.S. national team staff. Mike Hastings (Minnesota State University) was an assistant coach for the 2022 U.S. Olympic Men’s  Hockey Team and guided the 2019 U.S. National Junior Team to a silver medal at the 2019 IIHF World Junior Championship. Bob Motzko (University of Minnesota) was the head coach for both the 2017 and 2018 U.S. National Junior Team and earned gold in 2017 and bronze in 2018.